People with IBD have elevated risk of heart attack 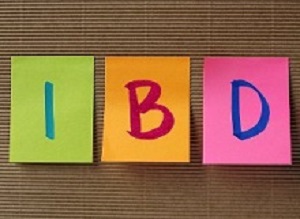 An analysis of medical-record data from more than 17.5m patients found that people with inflammatory bowel disease (IBD) are at elevated risk for a heart attack, regardless of whether or not they have traditional risk factors for heart disease such as high cholesterol, high blood pressure and smoking. People between the ages of 18 and 24 are at the highest risk, according to research presented at the American College of Cardiology’s 67th Annual Scientific Session.

“Younger patients had about nine times the risk of a heart attack compared to their peers in the same age group (who didn’t have IBD), and this risk continued to decline with age,” said Dr Muhammad S Panhwar, a resident in internal medicine at Case Western Reserve University/University Hospitals Cleveland Medical Centre in Cleveland and lead author of the study, one of the largest to date to investigate the link between IBD and heart disease risk. “Our findings suggest that IBD should be considered an independent risk factor for heart disease.”

IBD is an umbrella term for two chronic inflammatory conditions, Crohn’s disease and ulcerative colitis. Per the US Centres for Disease Control and Prevention (CDC) data, as of 2015, an estimated 3m Americans have IBD and about 70,000 new cases are diagnosed every year. While different studies have shown that people with other chronic inflammatory conditions, such as lupus and rheumatoid arthritis, are at increased risk for heart disease, a link between IBD and heart disease has been under debate.

To investigate a possible link between IBD and heart disease risk, Panhwar and his colleagues used IBM Explorys, a large database of de-identified data from electronic medical records for patients of 26 nationwide health care systems in the US. They identified adult patients ages 18 to 65 with a diagnosis of IBD between 2014 and 2017 and looked at how many patients with and without IBD had heart attacks.

Among more than 17.5m patients in the database, 211,870 (1.2%) had IBD, which is comparable to numbers reported by the CDC. People with IBD were also more likely to have diabetes, high blood pressure, high cholesterol and smoking – traditional risk factors for heart disease – than people without IBD.

Compared with patients who did not have IBD, heart attacks occurred roughly twice as often in those with IBD. After adjusting for age, race, sex and traditional heart disease risk factors, Panhwar and his colleagues found that the patients with IBD had about a 23% higher risk of having a heart attack.

IBD is usually diagnosed between the ages of 15 and 30 years old, and younger patients and females with this condition are known to have more aggressive and disabling disease with more frequent flares, suggesting increased levels of inflammation. Panhwar said this disproportionate amount of inflammation in younger patients with IBD – who often don’t have traditional cardiovascular risk factors – and women may explain why they had such a markedly higher risk of heart attacks.

“Our study adds considerably to a growing set of literature highlighting the importance of chronic inflammation in IBD as having a role in the development of heart disease,” Panhwar said.

He suggested that physicians who have patients with IBD should be aggressively screening them for heart disease and focusing on risk reduction strategies. “The results suggest clinicians should take seriously any symptoms suggestive of heart disease, such as chest pain, in patients with IBD, especially in younger patients,” he said.

Even though this was a very large study, there are some limitations. The database lacks granularity regarding the type of heart attack and did not enable the researchers to exclude from the analysis people who had had previous heart attacks and may have, therefore, been at higher risk for another heart attack. Also, the database did not provide information about how individual patients fared over time.

Panhwar said the findings of this study open the field for more research into the link between IBD and heart disease, including the benefit of using anti-inflammatory drugs for the management of cardiovascular risk in patients with IBD. In addition, he expressed hope that the findings will empower people with IBD, especially those under 40 years of age, to have conversations with their doctor about their personal risk of cardiovascular disease.