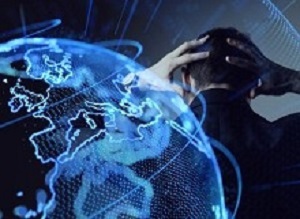 Political events can take a serious toll on mental health, a doctor has warned, after treating a man with a brief episode of acute psychosis, triggered by the 2016 Referendum on Brexit – the process of the UK leaving the European Union (EU). People who are already psychologically vulnerable may be particularly at risk in such circumstances, he suggests.

Dr Mohammad Zia Ul Haq Katshu at the Institute of Mental Health/University of Nottingham and the Nottinghamshire Healthcare NHS Foundation Trust, Nottingham, UK, describes the case of a middle-aged man, brought to hospital by paramedics in an acute psychotic state, three weeks after the June 2016 Referendum result on the UK's departure from the EU. He was confused and very agitated, with disordered thoughts and speech. He heard voices and was delusional. And he was paranoid, believing people were spying on him and planning to kill him, and that radio/TV discussions were targeted at him.

His wife explained that since the Referendum result he had found it increasingly difficult to come to terms with the nature of political events around him. He became increasingly worried about racially motivated incidents and found it difficult to sleep, she said.

Despite being prescribed drugs to alleviate his agitation and insomnia, his mental health continued to worsen to the point that he needed urgent hospital treatment. He was admitted to a psychiatric unit, given a tranquilizer (lorazepam) to calm him down, and prescribed an antipsychotic (olanzapine) for about three weeks. He made a full recovery and was discharged home after two weeks. He has had no further episodes up to the date of his last check-up in June 2019.

There was no history of mental ill health in his family. But in the run-up to the Referendum, he had experienced work and family pressures, both of which may have contributed to the deterioration in his mental health, notes Zia Ul Haq Katshu.

This is just one case that applies to particular circumstances. Nevertheless, precipitating stressful life events occur in up to half of those diagnosed with an acute bout of psychosis, he points out.

"Political events can be a source of significant psychological stress," he writes, citing US surveys in the wake of the 2016 presidential election, showing that two thirds of respondents identified the country's future as a significant stressor, while over half felt stressed by the existing political climate.

Similar surveys in the UK after the Referendum result showed that Brexit was one of the major sources of anxiety among the young, he adds. And those who are already prone to mental illness may be especially vulnerable, he warns.

In this case, the man had had a psychotic episode 13 years earlier, which had been related to work stress. This had been much less severe and he had recovered within a few days, but it suggests that he may already have been psychologically vulnerable, he says.

Abstract
A man in his 40s was brought to the accident and emergency department in an acute psychotic state, 3 weeks after the European Union referendum results in the UK were declared. His mental health had deteriorated rapidly following the announcement of the results, with significant concerns about Brexit. He presented as agitated, confused and thought disordered. He had auditory hallucinations, and paranoid, referential, misidentification and bizarre delusions. He recovered completely within 2 weeks after a brief admission and treatment with olanzapine. He had experienced a similar episode of much less severity 13 years previously after major work-related stress which resolved completely within a few days. He was experiencing stress related to work and family prior to the current episode which could potentially have been a contributory factor. Political events can act as major psychological stressors and have a significant impact on the mental health of people, especially those with a predisposition to develop mental illness.

US man becomes a chimera after bone marrow transplant