HomeEndocrinologyPre-diabetes: A boon for pharma but is it good medicine?
EndocrinologyTalking Points

Pre-diabetes: A boon for pharma but is it good medicine? 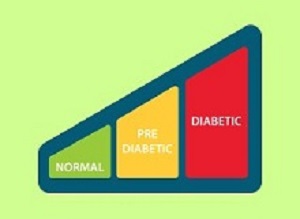 Labelling people as having pre-diabetes could do more harm than good, experts have said, as research reveals that even some of those involved in coining the term now reject it. The Guardian reports that the American Diabetes Association (ADA) introduced the term “pre-diabetes” at the turn of the millennium. It is used to describe someone at risk of developing diabetes but who does not have the disease or symptoms, and is based on a measure of average blood glucose concentration.

Critics, however, say the threshold the ADA sets for such levels makes patients out of healthy people. According to the report, they say it has not only led to huge sums of public money being spent on ineffective interventions, but has also fuelled moves by the pharmaceutical industry and diet and fitness professionals to target so-called pre-diabetics. They also say only a small proportion of those labelled as pre-diabetic go on to develop diabetes, while such a diagnosis causes unnecessary worry and problems with health insurance and employment.

The report says the World Health Organisation has rejected pre-diabetes as a diagnosis, but it is still widely used, particularly in the US where the Centres for Disease Control and Prevention (CDC) has adopted the ADA definition.

The report says it is not the first time that pre-diabetes has been criticised. Scientists spoke out against it in 2014, when they said most individuals labelled with the condition did not go on to develop diabetes and that there was no evidence that treating them with drugs would bring benefits.

Figures suggest a third of adults in the UK or about 16m people qualify as pre-diabetic under the ADA criteria, while only about 3.3m have been diagnosed with type 2 diabetes.

Professor Andrew Hattersley, a diabetes expert at the University of Exeter, said the issue was a matter of definition. “It is not a ridiculous concept to identify people who are close to having diabetes. People just below the threshold will benefit from the lifestyle advice given to those just above the threshold,” he said.

The report says he added, however, that the scientific evidence for ADA’s low thresholds is very weak, and that broadening the definition to such a degree means huge numbers of people with very little increased risk will be classed as pre-diabetic.

He also said that interventions are often less than effective. “Potentially the most effective way to reduce the development of diabetes would be to push for changes in food regulations, taxation and town planning to try to mitigate the obesogenic environment in which we all live,” he said.