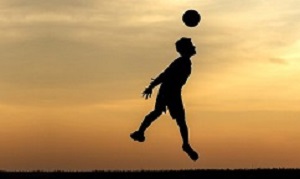 In findings funded by the Football Association (FA) and the Professional Footballers’ Association (PFA), researchers compared the causes of death of 7,676 former Scottish male professional football players who were born between 1900 and 1976 against those of more than 23,000 matched individuals from the general population.

The study was led by consultant neuro-pathologist Dr Willie Stewart, honorary clinical associate professor at the University of Glasgow.

Stewart, said: “This is the largest study to date looking in this detail at the incidence of neurodegenerative disease in any sport, not just professional footballers.

“A strength of our study design is that we could look in detail at rates of different neurodegenerative disease subtypes. This analysis revealed that risk ranged from a 5-fold increase in Alzheimer’s disease, through an approximately 4-fold increase in motor neurone disease, to a 2-fold Parkinson’s disease in former professional footballers compared to population controls.”

Although footballers had higher risk of death from neuro-degenerative disease, they were less likely to die of other common diseases, such as heart disease and some cancers, including lung cancer. Reflecting these findings, the study found that deaths in former footballers were lower than expected up to age 70, and higher than expected over that age.

Stewart said: “An important aspect of this work has been the ability to look across a range of health outcomes in former professional footballers. This allows us to build a more complete picture of health in this population.

“Our data show that while former footballers had higher dementia rates, they had lower rates of death due to other major diseases. As such, whilst every effort must be made to identify the factors contributing to the increased risk of neurodegenerative disease to allow this risk to be reduced, there are also wider potential health benefits of playing football to be considered.”

The association between contact sport participation and neuro-degenerative disease has been subject to debate in recent years. Post-mortem studies have identified a specific dementia pathology linked to exposure to brain injury, known as chronic traumatic encephalopathy (CTE), in a high proportion of brains of former contact sports athletes, including former footballers in parallel studies led by Stewart.

However, until this study, it was not clear whether there was any evidence of an increase in neurodegenerative disease rate in former footballers.

Greg Clarke, FA chair, said: "This is the most comprehensive study ever commissioned into neuro-degenerative disease in former professional footballers. We welcome its findings and thank Dr Willie Stewart for diligently leading this important research.

“The whole game must recognise that this is only the start of our understanding and there are many questions that still need to be answered. It is important that the global football family now unites to find the answers and provide a greater understanding of this complex issue. The FA is committed to doing all it can to make that happen."

Gordon Taylor, PFA CEO, said: “These findings are a matter of considerable importance to our members. We are grateful to Dr Willie Stewart and his team for their work. The PFA co-funded FIELD, alongside the FA. It is now incumbent on football globally to come together to address this issue in a comprehensive and united manner. Research must continue to answer more specific questions about what needs to be done to identify and reduce risk factors.

“Our members wellbeing is of paramount importance to us, and we are committed to representing their voice as this conversation opens up across football’s stakeholders.”

The work is supported by funding from The Football Association and The Professional Footballers’ Association Charity; and an NHS Research Scotland Career Researcher Fellowship.

The report was unable to establish whether the cause of the higher levels of brain disease was due to repeated concussions, heading leather footballs, or some other factor. However, the FA is quoted in The Guardian as saying it would be setting up a task force to examine the potential causes more deeply.

The family of the former West Bromwich Albion striker Jeff Astle, who died in 2002 of what a coroner said was an “industrial disease” partly caused by heading heavy footballs during his career, said they were shocked at the scale of the problem.

The FA confirmed that despite the study, which used recently digitised NHS Scotland data to compare the causes of death of 7,676 former male professional players who were born between 1900 and 1976 against those of more than 23,000 people from the general population, there was not yet enough evidence to change any aspect of the game.

“Our research shows the number of aerial challenges has already been reduced significantly over the years as we have changed to smaller pitches and possession-based football,” the FA CEO, Marc Bullingham, said. “However, as new evidence comes to light, we will continue to monitor and reassess all aspects of the game.”

Many doctors and former players have been critical of the slow response of the Professional Footballers’ Association to the dementia problem over the past decade, with Chris Sutton, whose father Mike – also a former Norwich player – suffered from dementia, calling for an apology. “If Gordon Taylor had anything about him he would apologise to all his union members and their families who he has failed … his own members dying in the most horrible and humiliating way … he failed my dad and hundreds more,” he said on Twitter. However, the PFA’s deputy chief executive, Bobby Barnes, said the organisation now better understands the scale of the problem. He added that five members of the PFA had also agreed to donate their brains to medical science after they die.

Dr Carol Routledge, the director of research of Alzheimer’s UK, said the benefits of playing football outweigh the disadvantages. “Dementia is caused by complex brain diseases and our risk is influenced by our genes, lifestyle and health,” she added. “The best evidence suggests that good heart health is the best way to keep the brain healthy, so when played safely, a kick-around with friends is still a great way to stay mentally and physically active.”

Meanwhile, Scotland appears likely to become the first country in Europe to ban children from heading a football during games following the study, reports The Daily Telegraph.

A ban on children under 12 heading the ball has been in place in the US for five years.

The report says the news emerged after two more former footballers revealed they were suffering from the condition. The family of Peter Cormack, the ex-Hibernian and Liverpool player, said they believed his condition was linked to his playing days, while George Reilly, who played in the 1984 FA Cup final for Watford, said he had been left without any help from the game since being diagnosed.

The Scottish Football Association is considering options and it is understood a ban could be introduced as early as the new year as part of proposals to safeguard players from developing dementia and other brain conditions, including motor neurone disease.