HomeMedico-LegalR17bn outstanding for medical negligence made up 'generally' of fraudulent claims —...
Medico-Legal 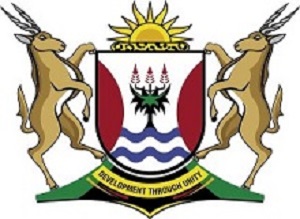 Eastern Cape Health claims that unscrupulous lawyers are milking the province, with outstanding medical negligence claims now standing at R17bn, with much of this made up of 'bogus and. fraudulent' claims, reports City Press. At least three lawyers in the province have claimed R900m between them.

Health officials say that since the Road Accident Fund turned off its taps to 'dodgy' lawyers and encouraged victims to claim directly from the fund, the department has become the new target.

The Eastern Cape finance MEC Sakhumzi Somyo said in his recent budget speech that claims against the provincial health department amounted to R17bn – 72% of its R23.6bn budget. The figure related to 1,800 claims dating back to 1999.

“There are genuine cases of negligence that call for compensation,” provincial health spokesperson Sizwe Kupelo said. “But there are generally deliberate attempts to defraud the state. There are people who photocopy documents on behalf of these lawyers. There is a duplication of claims. In one instance you have five lawyers making claims using the same case.

“There are three top lawyers, who are the top claimants against the state, who each have made over R300m through these claims. That is R900m between these three lawyers. But these claims have not been paid.

“I have personally been approached by claimants complaining that they have received R100,000 out of a R10m claim that has been paid out by the department.”

Kupelo said the lawyers used “spotters”, including people who worked at hospitals, to steal patients’ confidential medical documents. They then used these to lodge claims. In some cases, the claimants were unaware of the claims being lodged on their behalf. In others, they were aware, but were paid small amounts while the lawyers took the bulk of their pay-out.

The hospitals in the former Transkei were the most targeted, including Nelson Mandela Academic Hospital in Mthatha and Butterworth Hospital, Kupelo said. A total of 30 health facilities had been identified as being the targets of litigation. “But once we started investigating all the claims, the lawyers literally moved from making claims in Mthatha and are now focusing on East London.

“It’s not that there are too many cases in East London. It’s because these lawyers fled Mthatha thinking that the investigation was only based there.”

According to the report, Kupelo, however, acknowledged that there were cases of “pure negligence” in their facilities. One such case was a patient who, it was discovered by a specialist in Pretoria, had a foreign object in her abdomen which was left there during an operation at Nelson Mandela Academic Hospital. This resulted in a successful claim against the department. In another case a man got stabbed in Lusikisiki and surgeons left a pair of scissors in his stomach. “I think he sued us for R8m,” Kupelo said.

The report says he warned that those lawyers involved in making fraudulent claims would face the music. The culprits had been identified and cases had been opened with the Hawks. Kupelo would not disclose further details as the investigations were at a sensitive stage.

“This issue is really hurting service delivery. For instance, during the months of February and March, the (budget) was severely under pressure. What normally happens is that when we get to the next financial year, we are already limping with accruals from the previous financial year as a result of these medical legal claims. It’s a serious matter.

“The health sector is under siege,” Kupelo said.

Democratic Alliance (DA) provincial health spokesperson Celeste Barker said while the lawyers might be cashing in on the situation, they did not create the problem. “Basically medical-legal claims are a human rights violation and a consequence of the department dragging its feet in acknowledging that this is really happening. Something needs to be done.”

She said in the report that medical staff made mistakes due to exhaustion from being overworked.

The Gauteng Health Department’s new legal head has, meanwhile, inherited an estimated R18bn headache. City Press reports that at the time advocate Mpelegeng Lebeloane was appointed in January there were about 2,317 cases against the department with a contingency liability of R21bn-R18bn of which was for medical negligence.

The report says fortunately for the department, the biggest bill incurred after that – damages relating to the Life Esidimeni transfers of 1 700 patients to community non-governmental organisations between 2015 and 2016 – will not be theirs to pick up.

Retired deputy chief justice Dikgang Moseneke has awarded a R1.2m pay-out for each of the 135 claimants affected by the Life Esidimeni tragedy. Gauteng government spokesperson Thabo Masebe said: “The MEC for finance will make an allocation to the office of the premier. I’m not in a position to say where the money will come from but it won’t be coming from health’s budget. Obviously, an adjustment will have to be made but the premier has committed to paying the money.”

The report says last year the department was dealt its worst blow when ordered to pay about R30m for a cerebral palsy claim that reached the Constitutional Court. There have been 10 more new claims this year alone.

About her plan to tackle the department’s medico-legal crisis, Lebeloane is quoted in the report as saying: “My initial thoughts were that these cases are too many and quantum amounts claimed are very high. If something drastic was not done immediately, these claims would render the department unable to perform its mandate.”

Since the start of the 2017/18 financial year, the department has paid out over R400m in medical negligence cases – most of which are for maternal, neonatal and surgical negligence. “Cerebral palsy has the highest claims by far with a total of 50%,” she said.

“This should also be taken in the context that more than 23m patient visits have been recorded across the department’s health facilities, ambulance services and health programmes in the past financial year,” Lebeloane said.

She attributed the spike in claims to a greater awareness from the public around litigation and their rights as patients, but also to an increase in “touting” by some lawyers who collaborate with department employees.

The report says the sheriff of the court has been a frequent visitor to the department in the past year, attaching 14 bank accounts and furniture to try to recoup money owed to suppliers and for payments of negligence cases. “This certainly affected the morale of staff because in certain instances, the sheriff attached laptops, computers, photocopiers and chairs, and staff were left with no tools of trade to do their work,” she said.

Lebeloane said she is going to start trying to turn the department’s medical negligence woes around by first holding workshops with hospitals, clinics, state attorneys and medical experts in their internal and external advisory councils, as well as collaborating with hospital chief executives and clinic managers to focus on finding solutions and reducing the incidence of negligence.

“We’ve increased attention on preventing claims reaching litigation by dealing decisively with letters of demand to ensure they do not escalate into litigation; as well as engaging families where serious adverse events have occurred and resolve matters as speedily as possible,” she said.

The report says the department said it was also working to identify “fraudulent and unpatriotic” legal firms that were “preying” on loopholes in the system to lodge false claims. “Obviously, the department has been affected in a very negative way by having to pay exorbitant claims and court orders and has had to use money for patient safety to satisfy the judgment orders.

“The situation is not sustainable as it opens the department to more litigation.”