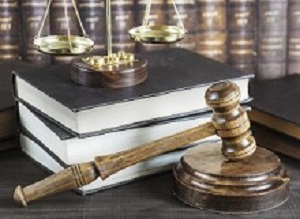 A Vosloorus mother has claimed R23m from a private hospital after her son was born with severe brain damage, says a Pretoria News report. The brain damage resulted in cerebral palsy, allegedly caused by the delay in assisting her when the foetus was in distress. It was said that the doctor, who was to perform the delivery, only arrived at the hospital an hour after he was alerted to her condition. Another 25 minutes was spent searching for the keys of the locked operating theatre.

The doctor wanted to deliver the baby via Caesarean section, because the baby was large, but the mother eventually gave birth naturally.

Edith Nombulelo blamed the hospital and the doctor for her child being born with brain damage. The report says she instituted the damages claim in the Gauteng High Court, Pretoria. The hospital, however, denied liability or wrongdoing.

While the claim against the hospital group is ongoing, the report says the doctor who attended the delivery has settled his part of the claim. In the settlement agreement – made an order of the court by Judge Dawie Fourie – the doctor acknowledged that he was indebted to the mother and offered to pay her R1.5m in damages. He will pay her R200,000 within 10 days and thereafter instalments of R15,000 from 1 March.

The report says the mother was admitted to the hospital in the early hours of 25 June, 2005. The obstetrician was told that the foetus was in distress at around 2.35am. It is said that he arrived an hour after he was told about the distress. This was after he was phoned by the nursing staff for the second time.

According to an expert opinion called on behalf of the mother, this was “unacceptable.” The doctor then wanted to do an emergency Caesarean section and another 25 minutes lapsed while staff tried to organise a theatre. It is said that a nurse went to the theatre, but found it locked. The keys were in the possession of a person who had already gone home and whose cellphone was on voicemail. The doctor meanwhile left the patient in order to organise a theatre. He was called back by the nursing staff when they realised she was in labour.

The report says the baby was born, but appeared lifeless. He suffered brain damage allegedly because of a lack of oxygen. The mother’s expert said in court papers that no paediatric doctor was called in time to be present at the birth, which he said was “substandard practice”. He also said there was plenty of time to warn theatre staff beforehand so that a C-section could be conducted, but this was not done until the last minute.

According to the expert’s opinion, the hospital should have been staffed properly for an emergency C-section. The mother meanwhile said her son was permanently disabled and needed round-the-clock care. The report says her claim mainly comprised of equipment to assist him to make his life easier.