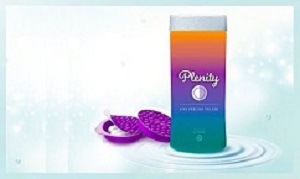 A "breakthrough" slimming pill that expands in the stomach was twice as successful as a placebo, according to research presented at the European Congress on Obesity. Of those taking the drug, already given regulatory approval in the US, 59% achieved at least 5% loss of body weight, with average weight loss of 10kg in six months.

The Daily Telegraph reports that experts said the breakthrough treatment is particularly exciting because the tiny gel balls – which expand to fill around one quarter of the stomach – have no serious side-effects. They said the capsules, likely to be sold over the counter, could become “the treatment of choice” for millions of people attempting to shift a few stubborn pounds, as well as those with more serious weight problems.

Six in ten of those given the daily capsules in trials lost at least 5% of their body weight, amounting to around 22lbs. The loss equates to around three and half inches – or two dress sizes for women.

The report says the treatment – called Plenity – involves taking three pills before main meals, with two glasses of water. The capsules contain tiny particles of super-absorbent hydrogel, no bigger than a grain of salt, which then expand in the stomach forming a gel, so that the person feels full.

Scientists said that until now, there has been nothing available which works this way.

The report says most diet pills involve suppressing the appetite, which carries a high risk of side-effects. But the capsules use naturally derived substances to promote a feeling of fullness.

The report says research, presented at the European Congress on Obesity conference in Glasgow, found that the drugs were twice as successful as a placebo given to those attempting to lose weight.

Professor Jason Halford, an obesity expert from the University of Liverpool, said it would make a “terrific” impact on Britain’s obesity crisis if even one in five overweight people began taking the drug. “This is a breakthrough for people who eat too much at a meal or find themselves going back for seconds. This will make them feel full more quickly, so that they eat less.”

Dr Nathalie Farpour-Lambert, president of the European Association for the Study of Obesity, said in the report: “This could be a huge help to millions of people. It is well tolerated, and increases satiety so that people eat less. You don’t need a surgeon to do it, you just buy it in a box and swallow a pill. It seems to be easy and effective, so millions could benefit.”

Tam Fry, from the National Obesity Forum, said he expected the pill to become “the treatment of choice” once it comes to the UK. "Finally, we may have a weight-loss pill that's worth writing home about,” he said.

The report says the study of 436 men and women found those taking Plenity were twice as likely to lose at least 5% of their weight – the clinical definition of diet success. In total, 59% achieved this, and among such this group, average weight loss was 22 lbs in six months.

The report says all those taking part in the trial, involving scientists from the Czech Republic, Denmark and US, were on a calorie-controlled diet, restricting their intake to 300 calories a day less than usual.

The drugs have already been given US Food and Drug Administration (FDA) approval in the US, for those with a body mass index (BMI) of 25 or over – meaning they can be prescribed to those who are overweight, as well as obese. Because of their safety risks, other diet drugs and weight-loss surgery are and usually only recommended for those in the heaviest categories.

The report says the company behind the drug is about to launch in the US, and said it intended to market the drug at an “affordable” price to ensure that most consumers who wanted to try the drug were able to do so.

The company said consumers could use it to “jump start” a diet and get used to eating less – or stay on it continuously. Dr Harry Leider, chief medical officer of Gelesis, which makes the treatment, said: "There really is an unmet need for new treatments that are effective for the majority and are really well tolerated. We are really optimistic that millions of people will benefit from Plenity."

The hydrogel capsule first made news in 2010, when it was called Attiva, reports The Guardian. Now, as Plenity, it has been trialled on more than 400 people. It worked on only 59% of people, but in those, it doubled their chances of losing 5%-10% of their bodyweight.

The report says diet pills have had a chequered history and only one is approved for National Health Service (NHS) use in the UK – Xenical – which is not hugely popular because of its mode of operation. It stops fat being absorbed, so that it passes straight through the body, and can give rise to stomach or bowel issues.

The report says Plenity is technically a medical device rather than a medicine, so does not need such extensive trials. The capsules contain hydrogel made from cellulose, which is found in fruit and vegetables, and citric acid. Three capsules are taken with two glasses of water 20 minutes before a meal. They absorb water and swell in the stomach. “What happens is these little particles are released in your stomach and they turn into a gel. This gel occupies about 250ml of your stomach – about a quarter of its volume,” said Leider. “This gel – it’s like chewed vegetable – mixes with the food. This makes you feel fuller when you eat so you don’t eat as much. That’s the main mechanism.”

The report says the gel is not absorbed. It goes through the small intestine, then gets to the colon where it is broken down, the water reabsorbed and what is left passes out in the faeces. “Because there is no chemical interaction with the body, it is not absorbed, it is mostly mechanical. It has a really good safety and tolerability profile,” he said. “That’s why it is regulated as a device and not a drug.

“It is recommended that it is an aid in weight management in conjunction with diet and exercise. We encourage patients to contribute to diet prudently and focus on exercise because we know it is going to help people be successful. Nothing is the silver bullet. This is a new tool in our armoury.”

The report says the study involved 436 people, half of whom took the capsules while the other half had a placebo. All were overweight or moderately obese and trying to lose weight through diet and exercise. The average weight at the start was about 100kg 15st 10lb). Those in the placebo group lost 4.4% of body weight and those taking the active capsules lost 6.4%. But adjusting for differences including starting weight, age and gender, said Leider, there was a 2% weight loss over placebo.

But, the report says, Professor Helen Stokes-Lampard, chair of the Royal College of GPs, sounded a note of caution. “This certainly sounds like an interesting development and the non-invasive nature of a pill would be attractive to many patients and healthcare professionals,” she said.

“But we must advise caution about thinking of this as a new miracle cure for weight loss, as non-medical approaches to a healthy lifestyle should always be explored in the first instance, so that as a society we don’t become dependent on medical interventions.”