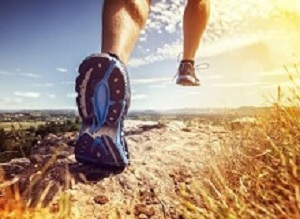 An Australian research review, tracking over 232,000 people for up to 35 years, found that running for as little as 50 minutes a week can significantly lower the risk of death.

Research from the Institute for Health & Sport at Victoria University has revealed that running for as little as 50 minutes a week can significantly lower the risk of death. In this study, associate professor Zeljko Pedisic and his team systematically reviewed scientific literature and found 14 studies on the association between running participation and risk of death. The studies involved 232,149 people whose health had been tracked for between 5.5 and 35 years. Around 11% of the people died during follow-up.

Such benefits were found even for those running as little as once a week or less than 50 minutes a week. Researchers found no evidence that the benefits increase with higher amounts of running.

“This is good news for those who don’t have much time on their hands for exercise, but it shouldn’t discourage those who enjoy running longer and more often.” says Pedisic. While some clinicians may have been discouraged from promoting running as a part of “lifestyle medicine” because vigorous exertion has been linked with sudden cardiac death, this study shows that in the general population the benefit of running outweighs this risk.

Australia is a “nation of runners” with nearly 1.35m people aged 15 years and over participating in the activity and with the number of recreational runners doubling from 2006 to 2014. The benefits of running found in this study have important implications for the health of the nation.

Nevertheless, they conclude that increased rates of participation in running, regardless of its “dose” would most likely lead to substantial improvements in population health and longevity.

Abstract
Objective: To investigate the association of running participation and the dose of running with the risk of all-cause, cardiovascular and cancer mortality.
Design: Systematic review and meta-analysis.
Data sources: Journal articles, conference papers and doctoral theses indexed in Academic Search Ultimate, CINAHL, Health Source: Nursing/Academic Edition, MasterFILE Complete, Networked Digital Library of Theses and Dissertations, Open Access Theses and Dissertations, PsycINFO, PubMed/MEDLINE, Scopus, SPORTDiscus and Web of Science.
Eligibility criteria for selecting studies: Prospective cohort studies on the association between running or jogging participation and the risk of all-cause, cardiovascular and/or cancer mortality in a non-clinical population of adults were included.
Results: Fourteen studies from six prospective cohorts with a pooled sample of 232 149 participants were included. In total, 25 951 deaths were recorded during 5.5–35 year follow-ups. Our meta-analysis showed that running participation is associated with 27%, 30% and 23% lower risk of all-cause (pooled adjusted hazard ratio (HR)=0.73; 95% confidence interval (CI) 0.68 to 0.79), cardiovascular (HR=0.70; 95% CI 0.49 to 0.98) and cancer (HR=0.77; 95% CI 0.68 to 0.87) mortality, respectively, compared with no running. A meta-regression analysis showed no significant dose–response trends for weekly frequency, weekly duration, pace and the total volume of running.
Conclusion: Increased rates of participation in running, regardless of its dose, would probably lead to substantial improvements in population health and longevity. Any amount of running, even just once a week, is better than no running, but higher doses of running may not necessarily be associated with greater mortality benefits.