Russia: The faltering frontline in the HIV/Aids war 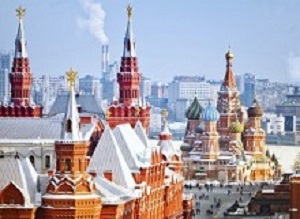 In Russia and its former Eastern bloc satellites, Aids deaths have climbed 38% in 10 years – almost as much as they have fallen elsewhere – and more than half of those with HIV only discover the infection once they develop Aids.

In February this year, Oksana Bobok woke up in a Yekaterinburg hospital to be told her unborn child had been aborted. “I’d been in a coma for a month and a half. It was save me, or save the child. They chose to save me,” she said. The Daily Telegraph reports that it was the bitter culmination of an advanced HIV-related infection the 34-year-old former heroin addict had unwittingly been living with for most of adult life. Now wheelchair bound and partially paralysed, Bobok’s calamitous fall from health is made all the more tragic by the fact it could have been prevented.

The report says it is more than 30 years since HIV/Aids was recognised as a global crisis and, despite a total death toll of 35.5m, the response has in many ways been a triumph. Across the world, advances in testing, treatment and, perhaps most important of all, understanding have made HIV a wholly manageable condition. Sex education and safe sex have slashed infection rates, while rapid testing and new antiretrovirals mean those living with HIV can lead full and healthy lives.

The report says according to the UN, Aids related-deaths have fallen 51% since their peak in 2004, new HIV infections per year are down 16% since 2010, and a record 75% of infected people now know their status, with and an estimated 59% receiving lifesaving antiretrovirals.

But, the report says, there is one anomaly – Russia and its former Eastern bloc satellites. Aids deaths in the region have climbed by 38% in the past ten years – almost as much as they have fallen elsewhere – and more than half of those with HIV only discover the infection once they develop Aids, according to the latest World Health Organisation report. Russia, by far the largest country in the region, now has around 1m people thought to be living with HIV.

“It’s the one region in the world where the rate of new infections is still growing,” said Vinay Saldanha, the Moscow-based head of UNAIDS for Eastern Europe and Central Asia. “This is the frontline… What happens here and what governments do in the next two years will determine whether we can actually get the global HIV epidemic (back) on track.”

Like so many of the problems facing modern Russia, the report says, Bobok's tragedy and the HIV crisis are enmeshed with the chaotic aftermath of the Soviet collapse. The first HIV case in Russia was only reported in 1987 – well into the Aids scare sweeping the West, and a year after Margaret Thatcher’s government had authorised a hard-hitting publicity campaign to tackle what was already an epidemic in Britain.

Russian infection rates grew slowly – until a flood of heroin hit the country following the Soviet collapse as drug traffickers entered a previously untapped market. In around 1996, doctors began to see HIV cases among drug users. And the subsequent needle-borne epidemic ripped through Russia, Ukraine, and other former Soviet states with frightening speed.

Today, experts say 80% of infections can be found in just 20 of Russia’s 85 regions – the same relatively rich, industrially developed areas that were hit hardest by the heroin glut two decades ago. But, the report says, it is not just needle sharing that is spreading HIV in Russia today, with most infections now caused by heterosexual sex, and affecting everyone from urban youth to rural pensioners.

In terms of sheer numbers, Russia’s epidemic is minuscule compared to the catastrophe in southern and eastern Africa. But, the report says, combined with a conservative government reluctant to embrace basic preventative measures such as sex education in schools, and a subculture of so called “HIV dissidents” who variously hold that HIV is a US plot, a conspiracy by big pharma, or nothing to worry about, it has become one of the fastest growing epidemics in the world.

“So HIV came on the back of the heroin epidemic. And then from the vulnerable groups the virus spread into the general population, first via needles, then via sex”, says Aleksandar Chebin, a project manager at New Life, a charity in Yekaterinburg founded and run by HIV positive volunteers. “Now it is well adjusted, ordinary people who have a family and a job – they are now the main group where infection is detected. Go and have a look at yourself in the mirror – that’s what the risk group looks like.”

The report says Nika Ivanova was an early casualty. Then 17 years old, she had been dating an older boyfriend for six months when a routine visit to the gynaecologist resulted in an HIV diagnosis in the early 2000s. Her boyfriend, it turned out, had once been an intravenous drugs user. “I don’t blame him, because he didn’t know,” she says. "He was a just a young man who had experimented with things. If only I knew about contraception… I was 17 at the time. No one talked to me at home. No one talked about sex, full stop, and especially not about HIV.” Now 34, Ivanova is a professional psychologist living a typical Moscow middle class life – she is proof that with modern retroviral treatment, HIV need not be a death sentence.

Unfortunately, the report says, many in Russia are not so lucky. Although the state officially distributes anti-retroviral drugs to HIV positive patients for free, in practice only about 380,000 of the roughly 1m infected Russians are receiving therapy, according to statistics compiled by the country’s Federal HIV centre. “About 60% of people are not getting therapy, and that’s why people are still getting Aids,” said Vadim Pokrovsky, the head of the centre.

The problem, he says, is money. He estimates it would take a tripling of annual HIV spending to about $1.3bn in order to make up the difference.

Bobok, now a wheelchair user, is one of those for whom anti-retroviral treatment is far from secure. Born in eastern Ukraine and raised in a downtrodden part of Russia’s Urals, she got into drugs at an early age, contracted HIV via needle sharing, and only found out months later when she landed in prison, age 19.

In prison she received antiretrovirals to suppress the virus. But because she only ever held an old Soviet passport, when she was released in 2015 she was classed as a stateless person and struggled to access the state-supplied medication available to Russian citizens. In less than three years, she developed Aids.

“She was pregnant for the second time, and they had stopped issuing pills for her as soon as she gave birth last time,” said her husband Pytor, who is also HIV positive. “Her immune system became really weak, and when she was put on life support, the doctor said that her HIV had progressed into Aids because she had not been getting treatment,” he added. The couple's first child died after being born prematurely.

According to the report, Russia’s ministry of health says a major “test and treat” campaign has seen Aids deaths begin to stabilise and the rate of new infections begin to slow in the past two years. About 30m Russians, or 30 percent of the population, were tested last year. It has also unveiled a new national strategy for fighting the spread of the disease. Drafted by the country’s top HIV doctors, it includes provision for harm reduction measures such as needle exchange programmes, and has been welcomed by the UN as a major step forward.

But, the report says, the most fundamental challenge remains political. Ideas such as needle exchange programmes, methadone substitution, and sex education in schools have set alarm bells ringing among the Kremlin’s conservative base. “We’re not prudes – we’re opposed to this because there is a big question mark about whether it really works,” said Zhanna Tachmamedova, a spokesperson for the All Russian Parents Resistance, a pressure group that has successfully lobbied for the closure of HIV education programmes in schools in several parts of the country.

Russian school children have not had any sex education since 1997. Tachmamedova, a St Petersburg-based child psychologist, argues introducing it would be counter-productive. Teach teenagers about sex, she worries, and the rate of sexually transmitted diseases and teenage pregnancies will increase.

The report says such attitudes dismay educators worried about the risks teenagers face. "Statistics show that you have less infections, less premature pregnancies, fewer underage abortions, where there is sex education," said Daria Rakhmaninova, a Moscow high school teacher who has launched voluntary seminars for parents and families interested in sex education outside school.

There is one part of the country where progressive policies have been tried – with startling success. The report says St Petersburg is the first major Russian city to see a consistent decline in rates of new infections. In 2017, there were about 1,750 new diagnoses in the city, down from nearly 2200 in 2015 – a fall of 20% in two years.

It is a remarkable achievement, which experts put down to the way the city government has harnessed the help of NGOs, businesses and HIV-positive citizens to deliver the WHO’s recommended ‘test and treat’ strategy as well as other harm reduction initiatives like condom and syringe distribution.

This month, the Federal Ministry of Health gave the St Petersburg HIV Centre a prize for the best public awareness campaign. And, the report says, there are signs that other regions may follow suit. Alexander Vysokinsky, the mayor of Yekaterinburg, this month announced the industrial megapolis would be the first Russian city to sign up the UN’s Paris declaration – a pledge to get the HIV crisis under control by 2020. It is a hopeful sign, says Ivanova, as she watches her daughter on the playground outside her Moscow apartment block.

“The worst thing about this epidemic is that it is not just an HIV epidemic. It is an epidemic of stigma,” she said.