Why SA must rein in the private healthcare industry 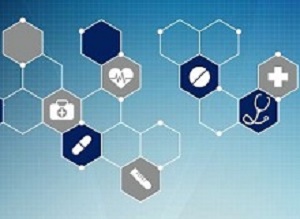 Criticisms that the Health Market Inquiry is an assault on the free market ignores the reality that there is no market in health care in South Africa, at least not one which works in the way in which markets are meant to work, writes the University of Johannesburg's Professor Steve Friedman.

Private provision of services is moving into the spotlight in South Africa as the government looks to make the health system more accessible to the poor. Steven Friedman, professor of political studies, University of Johannesburg writes in The Conversation that one aspect is the Health Market Inquiry, established by the Competition Commission and chaired by former Chief Justice Sandile Ngcobo. It recently released a provisional report recommending more regulation of private health care. It has invited comment on its ideas.

Friedman writes that it is absolutely inevitable that whatever proposals it comes up with will be attacked as an assault on the free market in health care. But, he says, this will ignore the reality – that there is no market in health care in South Africa, at least not one which works in the way in which markets are meant to work.

Friedman writes: “To get an obvious point out of the way first, markets work only for people who have enough money to take part. So, it is true that a healthcare market in South Africa would exclude many people who cannot afford private care. But that is not the only problem with the private healthcare system – another is that even those who are able to join medical schemes do not get the benefits markets are meant to offer.

“For markets to work as they are meant to, consumers must be able to make informed choices: they must have both a real right to choose and enough information to make that choice. But information and choice operate weakly in private healthcare and not at all in the private health insurance offered by medical aids.”

Friedman says that this places the South African debate about healthcare in perspective. The Competition Commission and the Health Ministry are not trying to abolish the market, they are trying to make it work. The accurate debate is about whether they are doing it in the best possible way.

He writes: “It might be true that people who can afford private medical care can choose their general practitioner. But that is where it ends. If patients need specialised care or hospital treatment, they don’t choose the specialist or the place where they will be treated.

And so, they have no way of ensuring that they get the best possible care. While popular wisdom in the suburbs often assumes that all private doctors and hospitals are good, inevitably some are a great deal better than others and some are no good at all. But consumers do not make an informed choice on where to go and who to go to, although this is a far more important decision than buying a kettle.”

Friedman makes the point that informed choice of a medical aid scheme is just about non-existent. Most people belong to the scheme their employer chooses. If they are “lucky” enough to have a choice in theory, they do not have one in practice. Medical aids do not publicise what they do and the language they often use most people can’t understand and so there is no way to “shop around” in ways which would make an informed choice possible.

The situation is quite the same when people have joined schemes. Information on what is allowed and what is not may be understandable to doctors and pharmacists, but not to scheme members, he says.

The supposed solution is the medical aid broker, who is meant to help consumers to choose and to deal with the scheme after they join. But the brokers are paid by the schemes and so it is no surprise that they are there to look after the scheme, not the consumer.

Friedman says brokers direct people to the schemes they are working for, not those which will best meet the needs of the consumer. Anyone who has a problem with a medical aid’s decision will soon find that the broker is a public relations officer, not a consumer representative. Their job is to justify the scheme’s decision, not to question it.

Friedman writes: “Given all this, the Health Market Inquiry’s proposal that healthcare providers and funders should be regulated is a pro-market move – it seeks to make informed choice more of a factor than it is now. There is room for debate on whether it is going about it in the best way. But to claim that it is an attack on markets ignores the way in which private healthcare operates.

“Similarly, an amendment to the Medical Aid Schemes Bill which would abolish brokers is currently up for discussion. It, too, is not an attack on the market. Its likely effect would be to force brokers into the customer relations departments of the medical schemes, improving market information by ensuring that consumers know that they are dealing with people who work for the schemes, not for them.

“Again, to oppose this measure is not to defend the market – it is the opposite. To argue against it is to say that a market in which people know who they are dealing with and can make informed choices is not a good idea.

“The tendency to assume that private provision means that there is a market even when there is not is not restricted to health care. For years, it was assumed in the mainstream that the market was delivering satellite television when there was only one supplier. Moving from services to goods, many beer drinkers no doubt toast the market as they choose between a range of labels produced by one company.

“More generally, concentration in the formal economy means that most goods are produced by subsidiaries of a handful of companies – and sold in stores owned by only two or three firms. While competition between a couple of firms is technically a market, it is hardly one which offers strong benefits to consumers.”

Friedman says that this has two implications for South Africa’s economic debate. The first is that not all proposals for regulating private economic activity are an attack on the market. A key feature of the country’s economy is that it is dominated by very few players and so markets often do not work as they should. A stronger government role could mean stronger, not weaker, markets.

The second is that, in these circumstances, the claim that markets must be left alone very often means that there is a need to leave existing private providers alone. This hides the reality that, in current circumstances, the challenge is not to protect private providers but to ensure that they really are subjected to the rules by which markets are meant to force them to play.