A silent crisis: Hearing outcomes in children with meningitis 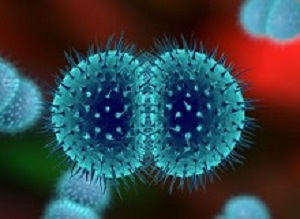 Less than a quarter of children diagnosed with bacterial meningitis at the Red Cross War Memorial Children’s Hospital over an 18-month period were referred to audiology, possibly indicating a lack of awareness on the part of doctors.

The Times reports that researchers from the Red Cross War Memorial Children’s Hospital and faculty of health sciences, at the University of Cape Town found that most children had not been tested for hearing loss until an average of 17 weeks after being diagnosed.

The researchers found that 10% of children globally will develop some degree of permanent hearing loss once the infection spreads. Their research reveals that nearly one third showed signs of severe hearing loss‚ but only around 23% of those who were diagnosed – 16 of the 68 – were referred to the department of audiology.

“Despite a large body of evidence illustrating the need for post-meningitis audiological evaluation‚ many affected children are not assessed and are often lost to a follow-up‚” they said.

Post-meningitis hearing loss often leads to cochlear ossification‚ causing the inner ear to become bony‚ which means that an implant cannot be used to correct the hearing loss‚ the researchers explained. For children‚ who may be in a critical period of language development‚ this “may lead to poor language and academic performance”.

The report says the research findings‚ based on a retrospective study that looked at records covering 12 years‚ have prompted the hospital to launch awareness and educational campaigns‚ already leading to a greater number of early referrals to audiology.

Abstract
Background: Bacterial meningitis is one of the most common causes of hearing loss. Hearing loss develops within the first few days following the onset of meningitis, highlighting the importance of early audiology referrals. Post-meningitis hearing loss may lead to cochlear ossification, making traditional cochlear implantation impossible.
Objectives: To determine the duration of time from meningitis diagnosis to audiology referral. A second objective was to determine the prevalence and severity of meningitis-related sensorineural hearing loss (SNHL) at Red Cross War Memorial Children’s Hospital (RCWMCH), a paediatric tertiary hospital in Cape Town, South Africa (SA).
Methods: A retrospective folder review of all children diagnosed with meningitis and referred for audiological evaluation was conducted over an 18-month period between 1 January 2015 and 30 June 2016. Descriptive statistical methods were used for data analysis.
Results: The total number of inpatients diagnosed with unspecified meningitis at RCWMCH between January 2015 and June 2016 was 345. The total number diagnosed with bacterial meningitis was 68. Only 16 children with meningitis (23.5%) were referred to the Department of Audiology at RCWMCH over the 18-month period. Twelve children had confirmed bacterial meningitis. All the children had up-to-date immunisations. The mean (standard deviation) time from diagnosis to audiology referral was 17 weeks (16.9; range 1 – 60). The overall prevalence of hearing loss was 42.8%. Four children (28.5%) were diagnosed with severe to profound SNHL.
Conclusions: Less than a quarter of all children diagnosed with bacterial meningitis at RCWMCH over the 18-month study period were referred to audiology. Frequent delays in referrals for audiological assessment following meningitis were noted. This may indicate a lack of awareness on the part of doctors. Healthcare practitioners need to be made aware of the need for prompt audiological testing for children with meningitis. In SA, local guidelines for early diagnosis and monitoring of hearing in children who have had meningitis should be developed in order to improve hearing outcomes.