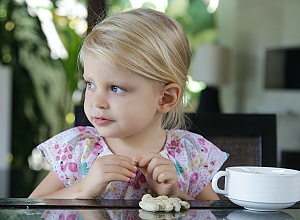 Peanut sublingual immunotherapy (SLIT) was associated with significant desensitisation in toddlers, ages one- to four-years, with no safety issues, a US randomised trial showed.

During the placebo-controlled trial, cumulative tolerated dose in the peanut SLIT group increased to 4,333 mg of peanut protein versus 143 mg in the placebo group (P<0.0001), according to Dr Edwin Kim, of the University of North Carolina Food Allergy Initiative in Chapel Hill.

The treatment effect achieved with peanut SLIT was stronger than that previously reported in studies involving older children and it tended to last longer, Kim said during his presentation at the American Academy of Allergy, Asthma & Immunology virtual meeting.

The study is among the first to examine peanut SLIT safety and efficacy in toddlers, and Kim is quoted as saying that as more children are introduced to allergic foods during infancy, very early identification of food sensitisation will become more common.

Peanut SLIT has been shown to be associated with varying degrees of sensitisation in earlier, small clinical trials, but those trials involved older children and even teenagers. The strongest desensitisation in these previous trials was observed in the youngest children, Kim said.

Kim reported that 14 children in the peanut SLIT group passed the desensitisation DBPCFC, and 12 passed the sustained responsiveness DBPCFC versus 0 and 2 toddlers, respectively, in the placebo group.

Out of approximately 20,000 total doses given, symptoms were associated with 1,031 peanut SLIT doses and 629 placebo doses. Oral itch, skin itch, and gastrointestinal symptoms were the most common symptoms, and no children required epinephrine.

Kim noted that peanut specific IgE and skin testing demonstrated immune modulation in parallel with the clinical responses seen in the trial.

"In this younger cohort, there was a higher percentage of patients demonstrating sustained unresponsiveness than previously reported with peanut SLIT, and also for a longer duration – 3 months in this case compared to 3 to 4 weeks in previous trials," he said.

SLIT therapy is administered using a dropper, and the treatment is placed under the tongue. It is intended to be held there for two minutes before swallowing. Kim said that full compliance with the two-minute recommendation probably did not occur with the study cohort.

Abstract
Rationale
Studies of peanut sublingual immunotherapy (PNSLIT) have suggested improving desensitization with younger age of initiation. The safety and efficacy of PNSLIT has not been described in toddler-aged children.
Methods
Food challenge confirmed peanut-allergic children ages 1-4 years with positive peanut-specific IgE and skin prick test (SPT) were randomized 1:1 to receive PNSLIT at a daily maintenance dose of 4mg peanut protein versus placebo for 36 months. Desensitization was assessed by double-blind, placebo-controlled food challenge (DBPCFC) to 4333mg of peanut protein. Sustained unresponsiveness (SU) was assessed by identical DBPCFC after discontinuing PNSLIT for 3 months. Dosing compliance and side effects were recorded on home diaries.
Results
Fifty participants (median age 2.2 years) were randomized at 2 academic centers. The groups were similar across gender, race, ethnicity, atopic history, peanut SPT, and qualifying DBPCFC. Of 36 participants (19 PNSLIT, 17 placebo) completing the desensitization DBPCFC, cumulative tolerated dose increased from median 143mg to 4443mg in the PNSLIT group and 43mg to 143mg in the placebo group (p<0.0001). Fourteen PNSLIT participants passed the desensitization DBPCFC and 12 passed the SU DBPCFC compared to 0 desensitization and 2 SU in the placebo group. Peanut SPT decreased from 10mm to 3.25mm PNSLIT versus 11.5mm to 12mm with placebo (P<0.0001). Symptoms were reported with 1031 PNSLIT doses versus 629 placebo doses with over 20000 doses taken.
Conclusions
Significant desensitization was observed with PNSLIT in peanut-allergic toddlers when compared to placebo with a strong potential for SU. PNSLIT may be a promising treatment option for early intervention in peanut allergy.

[link url="https://www.medicalbrief.co.za/archives/approval-first-medical-tx-children-peanut-allergies-2019/"]Approval for first medical Tx for children with peanut allergies in 2019[/link]

[link url="https://www.medicalbrief.co.za/archives/peanut-allergy-may-cured-probiotics/"]Peanut allergy may be cured with probiotics and peanut oral immunotherapy[/link]