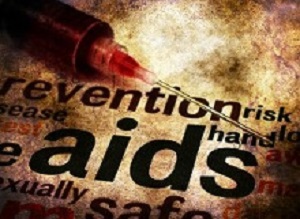 Programmes to scale-up HIV testing and treatment in countries in sub-Saharan Africa may have had less impact on new HIV infections than hoped, partly because they haven’t paid enough attention to groups that contribute disproportionately to HIV acquisition and transmission, experts say.

Greater efforts should be made to ensure that ‘universal test and treat’ programmes really are universal, they add. Programmes must reach young men, people travelling to look for work, sex workers, men who have sex with men, and other key populations. Similar arguments are put forward by Dr Stefan Baral and colleagues at Johns Hopkins School of Public Health and also by Dr Katrina Ortblad and colleagues at the University of Washington – Seattle.

A number of countries are close to reaching or have surpassed UNAIDS’ 90-90-90 targets, which aim for at least 90% of people with HIV to be diagnosed, 90% of diagnosed people to be taking treatment, and 90% of people on treatment to have an undetectable viral load. As reaching these targets is projected to bring us to the end of the epidemic, scientists are paying increasing attention to whether achieving this level of coverage always results in meaningful reductions in new HIV infections.

For instance, UNAIDS’ data show that while treatment coverage in Botswana increased from 45% in 2010 to over 80% in 2017, annual infections slightly increased over the same period of time. Rwanda’s even more impressive scale-up of treatment has only been accompanied by a small decrease in new infections.

Several large cluster-randomised trials have also failed to show clear population-level benefits of universal test and treat policies. The studies differed, but in each one the intervention being tested included home-based HIV testing with referral of HIV-positive participants for immediate HIV treatment.

These studies are:
SEARCH in Uganda and Kenya; PopART (HPTN 071) in Zambia and South Africa; Botswana Combination Prevention Project; The Treatment as Prevention (ANRS 12249) study in South Africa; and MaxART in eSwatini (Swaziland).

All studies showed that it was possible to significantly increase the coverage of HIV treatment and rates of viral suppression, but the changes were not consistently associated with large reductions in HIV incidence.

When the results of the first three studies were subsequently published, Professor Salim Abdool Karim of the University of KwaZulu-Natal outlined four issues to consider:
Changing guidelines: the lack of impact may be partly because the studies were conducted at a time when national policies were shifting to providing universal HIV treatment. As a result, the difference in the availability of treatment between intervention and ‘usual care’ communities was modest.

Outside partners: there appeared to be more sexual mixing with partners from outside the study communities than the researchers anticipated. In at least one of the studies, significant numbers of study participants acquired HIV from people who were living outside the study area, where HIV treatment was not so widely available.

Delays in testing and linkage to care: recent HIV infection (when people are unusually infectious) may play a greater role in sustaining HIV epidemics than had been realised. Several of the studies found it particularly challenging, firstly, to reduce the period of time between HIV infection and diagnosis and secondly, to promptly connect newly diagnosed people with HIV treatment services.

Hard to reach groups: the logistics of reaching everyone are challenging and these well-resourced trials were not able to reach the last 20 to 30% of people with HIV. One barrier is stigma. Another is that men and young people tend to be mobile and have little interaction with health services, making them harder to reach.

The latter point has been expanded on by other experts. Baral and colleagues referred to some basic principles of how epidemics spread. “Prevention gaps among the relatively few who are most at risk of acquisition and transmission can sustain an epidemic,” they say. But HIV treatment programmes in African countries have been designed to reach the population at large and not high-risk groups. HIV-positive people with high rates of sex partner change have not been a priority group for clinical services, and hardly any programmes collect treatment cascade data for specific key populations.

Similarly, the mathematical modelling which predicted that ‘test and treat’ could lower new infections may not have paid enough attention to key populations. Baral gives the example of the PopART (HPTN 071) trial. The population was segmented into those at low risk (on average, one sexual partner every ten years), medium risk (on average, one partner per year) or high risk (more than one partner per year). Individuals at much higher risk (such as sex workers, who might have ten partners a day) were collapsed into the latter group. What’s more, the test and treat services were assumed to reach all risk groups equally.

In another article exploring these issues, Dr Tim Brown and Dr Wiwat Peerapatanapokin of the East-West Centre point out that people move in and out of key populations. A young woman may be a sex worker for several years before returning to her home district, while a young man may stop being a client of sex workers after marriage. Many drug users stop injecting after some years.

Thus, former members of “key populations” return to the “general population”. An HIV infection may only be diagnosed several years later. They point to data from south-east Asia which show that infections which first occur in female sex workers spread initially to their male clients. In the years that follow, as clients and ex-clients transmit to wives and other partners, an increasing number of infections will occur in women in the general population.

Ortblad and colleagues draw attention to other groups who may contribute disproportionately to HIV acquisition and transmission, even if not described as ‘key populations’. These include people in geographically remote locations, with less education, with less social capital or limited education. It may also include people who do not engage with health services for complex reasons to do with denial or inaccurate risk perception.

They give the example of the rural district of Rakai in Uganda, which has been intensively researched as HIV prevention and treatment have been rapidly scaled up there. Almost 15% of people with HIV continue to have high viral loads and these individuals are more likely to be younger men, women who have never married and recent migrants.

They anticipate that new HIV infections in sub-Saharan Africa will be concentrated in core groups that are increasingly challenging to reach and engage. “The delivery of HIV treatment and prevention services… must be adapted to reach those who are central to HIV transmission in this new epidemic phase,” they say.

Similarly, Baral and colleagues argue that targets such as 90-90-90 (or even 95-95-95) may not be useful if the risks of onward HIV transmission are unevenly distributed.
“From an HIV prevention perspective, knowledge of for whom we are providing treatment is more relevant than for how many people,” they believe. “Implementation strategies of HIV treatment focused on addressing those most marginalised will have key differences compared with programmes and resources focused only on treatment numbers.”

The Lancet HIV abstract
In 2019, the HIV pandemic is growing and soon over 40 million people will be living with HIV. Effective population-based approaches to decrease HIV incidence are as relevant as ever given modest reductions observed over the past decade. Treatment as prevention is often heralded as the path to improve HIV outcomes and to reduce HIV incidence. Although treatment of an individual does eliminate onward transmission to serodifferent partners (undetectable=untransmittable or U=U), population-level observational and experimental data have not shown a similar effect with scale-up of treatment on reducing HIV incidence. This disconnect might be the result of little attention given to heterogeneities of HIV acquisition and transmission risks that exist in people at risk for and living with HIV, even in the most broadly generalised epidemics. Available data suggest that HIV treatment is treatment, HIV prevention is prevention, and specificity of HIV treatment approaches towards people at highest risk of onward transmission drives the intersection between the two. All people living with HIV deserve HIV treatment, but both more accurately estimating and optimising the potential HIV prevention effects of universal treatment approaches necessitates understanding who is being supported with treatment rather than a focus on treatment targets such as 90-90-90 or 95-95-95.

Current Opinion on HIV and Aids abstract
Purpose of review: The aim of this review is to examine the emerging results from the HIV universal test and treat (UTT) cluster-randomized trials in sub-Saharan Africa, discuss how expanding access to HIV clinical services is likely to reshape the arc of HIV epidemics, and consider implications for HIV prevention and control strategies in the coming decade.
Recent findings: The effect of universal HIV testing followed by immediate antiretroviral treatment (ART) on community-level HIV incidence remains unclear upon completion of five randomized trials. Only two of the four trials that measured HIV incidence found significant reductions in community-level incidence. Even in these trials, HIV incidence remained above levels required for epidemic control (≤1 case per 1000 person-years) despite high levels of ART coverage and viral suppression. These findings may indicate that community-delivered HIV services are not reaching the high-frequency transmitters who sustain HIV epidemics and are likely members of marginalized or hard to engage core groups.
Summary: With expanded access to HIV services in sub-Saharan Africa, HIV epidemics are transitioning from hyperendemic to declining/endemic epidemic phases, characterized increasingly by the reconcentration of HIV in marginalized or hard to engage core groups. To move toward epidemic control, novel HIV service delivery models and technologies are needed to engage those who continue to drive HIV incidence in this new epidemic phase.