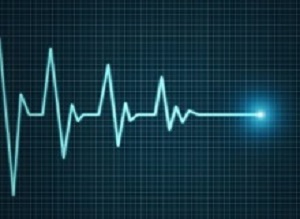 The State has detailed the three murder charges faced by the founder of right-to-die organisation DignitySA, Sean Davison, who will appear in the Western Cape High Court next month.

News24 reports that Davison, 58, heard that his pre-trial would go ahead on 19 June and that an indictment and summary of facts had been drawn up.

He was arrested at his home in Pinelands in September for the 2013 death of his friend Anrich Burger, who became a quadriplegic after a car crash, the report says. Two months later, it emerged that he faced a second murder charge in connection with the death of Justin Varian – who had motor neuron disease – on 25 July, 2015.

The report says when Davison appeared last month, it emerged that he faced a third murder charge related to the death of sportsman Richard Holland in Constantia around 8 November, 2015.

Davison maintains that he has not committed any offence. He is out on R20,000 bail.

According to the report, the State’s case based on the Summary of Facts document says:
Anrich Burger had been a medical doctor until his accident in 2005. He suffered severe nerve pain in his legs and was totally dependent on others. He expressed a desire to end his life on more than one occasion. Burger and Davison had numerous meetings and, during one of them, the accused agreed to assist him in ending his life. On 2 November, 2013, Burger booked himself into the Radisson Hotel in Granger Bay with the help of his assistant. Davison entered the hotel and was alone in the room with Burger. "The deceased, being a quadriplegic, was unable to consume medication on his own. The accused caused the deceased('s) death by administering a legal concoction of drugs… the accused left the hotel room and thereafter made contact with the deceased's assistant, fiancé and mother." Burger's death was consistent with a multiple drug overdose.

Justin Varian had a stroke in 2010 and was diagnosed with motor neuron disease a year later. From 2012, he was bedridden and suffered tremendously. He had great difficulty eating, swallowing and sleeping. He was unable to move without assistance. He often expressed his wish to die and asked family members and friends to respect his wishes. Varian approached Davison to this end and he agreed to help. On 25 July, 2015, Davison arrived at Varian's flat in Fresnaye and confirmed with him that he no longer wished to live. "Due to the deceased's immobility and the fact that he had difficulty swallowing, the accused placed a bag over the deceased('s) head and attempted to make use of helium deoxygenation as a method to end the deceased(s) life."  The equipment he used was not fit for purpose and the technique was inadequate. "The accused then changed his method from helium deoxygenation to asphyxiation and caused the death of the deceased." On the same day, it was certified that Varian had died from natural causes. He was cremated and the true cause of death could not be anatomically determined.

Richard Holland was a keen sportsman who was extremely fit and active. He was knocked off his bicycle while on a training ride in Dubai on 11 October, 2012. As a result, he suffered brain injuries and had no motor function. He was unable to speak and had no audible voice. All communication was done through eye movements or agreement to a verbal alphabet, in order for him to spell the word he wished to use. He could not feed himself and had to be fed through a tube in his stomach. Towards the end of his life, he was able to swallow soft food. He was in extreme pain, which included severe migraines and body pain from severe spasticity of his muscles. He expressed the desire to end his life on numerous occasions. After a long consultation, Davison agreed to assist him.

Davison visited his home in Fern Close, Constantia, on 8 November, 2015, and asked him in the presence of his family whether he still wished to take his own life. Holland confirmed that he did. "On the same day, the accused administered to the deceased a lethal dose of fluid, containing pentobarbital, which subsequently caused the death of the deceased. The deceased's death was due to pentobarbital toxicity."