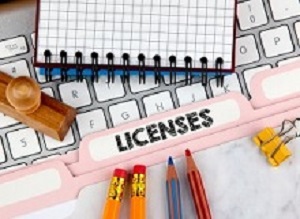 Retail licensing requirements in the US written with cigarettes in mind could be helping lower the risk of teenagers using other tobacco products such as e-cigarettes, writes Naomi Thomas for CNN.

According to a study published this month in the medical journal Pediatrics, teens who live in areas with strong regulations could be at lower risk of tobacco use.

"We compared rates of tobacco product use among youth who lived in areas that had strong tobacco vendor licensing requirements … with rates in areas with weak retail licensing regulation," Robert Urman, one of the authors of the study and a postdoctoral fellow in the Department of Preventive Medicine at the University of Southern California, wrote in an email.

The jurisdictions that the 2,907 study participants lived in were graded on their tobacco retail licensing requirements, according to the American Lung Association Reducing Sales of Tobacco Products to Youth scale. Four jurisdictions received a grade of A, one received a D, and eight received an F.

"We found that youth living in areas with strong licensing requirements were less likely to begin using e-cigarettes and cigarettes during the one and a half year follow-up, on average, compared to youth who resided in areas with weaker regulations," Urman said.

In places that had strong retail licensing requirements, risks of tobacco product use were lower by one-third to one-half than in places with weaker requirements, the study said.

Teens who lived in the A-grade areas were less likely to start or to have smoked cigarettes and e-cigarettes than those who lived in areas with lower grades.

Teens in A-grade jurisdictions also had lower risks of starting smoking between the first and second parts of the questionnaires.

To receive an A grade, areas needed to have annual license fees from all retailers that cover enforcement programs and compliance checks for each store, annual renewal of licenses, and provisions that any violation of a law is a violation of the license.

"Youth obtain their product, in part, through retail sales, and if you can do a good job of making sure that youth can't buy through retailers, the implication is that communities that have that characteristic, that abide by the best standards for retail practices, will have lower rates of use" of all tobacco products, said Dr James Sargent, a professor of pediatrics in the Geisel School of Medicine at Dartmouth University who was not involved in the new research.

Sargent believes that although retail licenses help, they are not the only things that need attention when it comes to reducing youth use of tobacco.

"To me, that's one strategy, but the other issues are kids are obtaining product across the internet, they're obtaining product from adults who buy the product and then resell it, so there's a whole lot of practices through which youths obtain these tobacco products that wouldn't be covered by that," he said.

Sargent also believes that teens and youth seek out products because many e-cigarette products are designed – including their look, feel and taste – to appeal to a younger market.

"I think it's important to think about retail and to think about ways to keep youths from getting tobacco products from retail, but we also have to shut down the online sale of these products," he said. "It's not so much cigarettes, it's the e-cigarette products that are being sold online, and we have to find a way to keep adults from reselling these products to kids."

Data from the US Centers for Disease Control and Prevention has shown that vaping is on the rise in teens. There was a 78% increase in youth vaping between 2017 and 2018.

In September, the US Food and Drug Administration "announced a series of critical and historic enforcement actions related to the sale and marketing of e-cigarettes to kids," including warning letters and fines.

Restricting youth access to tobacco is a central feature of US tobacco regulatory policy, but impact of local tobacco retail licensing (TRL) regulation on cigarette smoking rates remains uncertain. Effects of TRL on other tobacco product use and use as adolescents reach the age to legally purchase tobacco products has not been investigated.

Prevalences of ever and past 30-day cigarette, electronic cigarette (e-cigarette), cigar, and hookah use were assessed in a survey of a cohort of 1553 11th- and 12th-grade adolescents (mean age: 17.3 years); rates of initiation were evaluated 1.5 years later. An American Lung Association (2014) youth access grade was assigned to each of 14 political jurisdictions in which participants lived on the basis of the strength of the local TRL ordinance.

Strong local TRL ordinance may lower rates of cigarette and e-cigarette use among youth and young adults.