Taking ayahuasca is like having a near-death experience – study 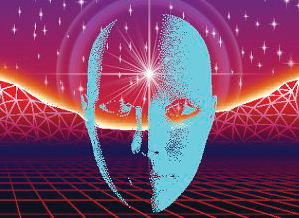 A psychedelic drug taken as part of the South American plant brew ayahuasca produces effects that are strikingly similar to near-death experiences, a study has found. That means that feelings of leaving the body or inner peace associated with life-threatening experiences may simply be explained by changes in how the brain works, and aren’t evidence of paranormal phenomena, say the researchers.

DMT is the main psychoactive ingredient in ayahuasca, which is used as a sacrament by some indigenous peoples in the Amazon. People who take it commonly describe feeling that they transcend their body and enter another realm.

Chris Timmermann and colleagues at Imperial College London gave DMT intravenously to 13 volunteers and asked them to fill in a questionnaire used to assess near-death experiences. In an earlier session, the same volunteers were given an intravenous placebo, and they did not know which session would involve the real drug.

After the DMT session, all 13 participants got results on the questionnaire that met the criteria for a near-death experience. In particular, they reported feeling as though they entered an “unearthly environment”, feeling “incredible peace or pleasantness”, having heightened senses and a feeling of unity with the universe.

When their responses were compared with responses from a set of 13 people who had reported actual near-death experiences, there were no statistically significant differences between the groups.

Little is known about what happens in the brain when someone has a near-death experience. The subjective similarity with a DMT trip suggests that psychedelics could shed some light on the phenomenon, says Timmermann.

Psychedelic drugs such as DMT work mainly by affecting the serotonin system in the brain. Although this study didn’t measure brain activity, “we could speculate that something similar is going on during near-death experiences,” says Timmermann.

The feeling of leaving the body or living through death might be linked to the phenomenon of ego dissolution, a loss of one’s sense of self which is a common feature of the psychedelic experience. Brain imaging studies show that the default mode network, a collection of brain regions linked to our sense of self, becomes less cohesive under the influence of other psychedelic drugs, and this may explain why some people feel that they have survived the death of their ego.

Intriguingly, DMT appears in trace amounts in blood and urine, but a source for the molecule inside the body has not been identified. Some have hypothesised that it is produced in the brain when we are facing death, but this is highly speculative.

Near-death experiences are sometimes said to give people a different outlook on life, and may be helpful in reducing fear of death and increasing people’s concern for others. Similar effects have been reported for psychedelic experiences, and a number of studies have reported positive effects on wellbeing when patients with life-threatening cancer take the drug psilocybin.

Abstract
Near-death experiences (NDEs) are complex subjective experiences, which have been previously associated with the psychedelic experience and more specifically with the experience induced by the potent serotonergic, N,N-Dimethyltryptamine (DMT). Potential similarities between both subjective states have been noted previously, including the subjective feeling of transcending one’s body and entering an alternative realm, perceiving and communicating with sentient ‘entities’ and themes related to death and dying. In this within-subjects placebo-controled study we aimed to test the similarities between the DMT state and NDEs, by administering DMT and placebo to 13 healthy participants, who then completed a validated and widely used measure of NDEs. Results revealed significant increases in phenomenological features associated with the NDE, following DMT administration compared to placebo. Also, we found significant relationships between the NDE scores and DMT-induced ego-dissolution and mystical-type experiences, as well as a significant association between NDE scores and baseline trait ‘absorption’ and delusional ideation measured at baseline. Furthermore, we found a significant overlap in nearly all of the NDE phenomenological features when comparing DMT-induced NDEs with a matched group of ‘actual’ NDE experiencers. These results reveal a striking similarity between these states that warrants further investigation.