Talking about drug use with your adolescent 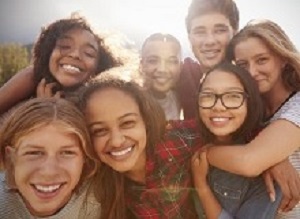 Some parents would like to give in to that enemy in hiding, denial, and turn a blind eye to the possibility of psychoactive (mood and mind-altering) substance use in their teenager’s life. However, I believe it best to admit that this is a drug-filled world in which today’s adolescents are growing up and so merits continual vigilance and discussion, writes Dr Carl Pickhardt for Psychology Today.

What follows are some thoughts about this unwelcome topic: the Reality that exists, the Risks to beware, the Precautions to advise should use begin, and when parents might consider seeking Help.

While word of mouth is sufficient to extol the cool use of nicotine and marijuana; persuasive advertising may additionally encourage the youthful use of alcohol by portraying drinking as a socially desirable, good fellowship, more grown-up thing to do. Continued use of these introductory drugs can sometimes lead to interest in trying psychoactive others as the young person grows.

Should parents discover that their teenager has had an episode of substance use, they need to take note, paying more careful attention to the day to day life choices their son or daughter is making – as when a careful teenager starts acting carelessly or when a responsibly engaged teenager becomes more interested in escape activities or when a truthful teenager starts more lying.

Uncharacteristic, atypical decisions that create trouble become worthy of further notice. In many cases, a young person who claims first-time use has actually used before, just as a young person who has started using (despite promises to the contrary) is more likely to do so again.

Parental admission of likely exposure and experimentation does not constitute permission to use; it only declares the necessity for initiating some discussion. In response to their wanting to talk about this topic, parents might be told that they worry too much. “It’s everywhere. Everyone knows it. Everyone does it. So what?”

So this: parents can explain their concern by suggesting how substance use can affect decision-making that in the extreme can lead to serious consequences. In fact, there are risks worth worrying and talking about.

At worst can be eight endangering risks from youthful substance use that can damage or even destroy an adolescent’s life.

Substance use can increase the likelihood that such eventualities might occur. So parents might declare: “Such risks are why you do not have our blessing to use. This is why we believe the safest path through adolescence is substance-free. And this is why we also need to talk about safety precautions should you choose to use.”

Obviously, every parent has to decide what to say to their younger and older adolescent about alcohol and other drug use, but it is not responsible to say nothing. Substance use, like internet use, is a hazardous fact of contemporary life about which to talk to your adolescent honestly, openly, and continually.

What might parents want to say to their teenager about substance use? Here are a few suggestions to consider.

If your adolescent is engaging in self-defeating, self-endangering, self-destructive, or socially harmful behavior and you have evidence of substance use going on, that is a time to seek drug-wise professional help. Maybe your young person is okay, but maybe not. When in doubt; check it out.

If a teenager is caught in a chemical dependency she or he is unable to break, assisted abstinence programmes of the 12-step kind can be invaluable support for sober living, while in- or out-patient treatment programmes can provide self-management understanding and education so one hopefully can start living substance-free.

In any case, the interaction of adolescence and psychoactive substances has too much at stake to ignore this essential topic for discussion. To help your teenager stay on the safe side of drug use, keep communicating with each other about it.

Finally, parents often ponder the wisdom of sharing their own youthful or adult drug use history which, however cautionary, they fear might encourage imitation. "Well you did, so why shouldn't I!" So parents decide to shut up about their experience. What follows is a personal vote to speak up.

One early morning, somewhere in my mid-adolescence (ages 13 to 15), I was awakened by my mother sitting down upon my bed, looking very serious. "Carl, I have something important to tell you." That caught my attention: was she dangerously ill? This is what she had to say.

"Last night I was at a party in Boston, and after having too much to drink, I drove unsteadily home only to be pulled over by a police officer for erratically weaving all over the road. Still under the influence of alcohol, I immediately lost my temper. 'How dare you stop me? I'll have your badge!' I exploded. Three hours later, after having paid a fine, I took a taxi home because now my license to drive had been suspended for six months. I'm telling you this in the hopes you might learn from my bad example."

Now I certainly did some impulsive and unwise things in adolescence, but thanks to my mother sharing her arresting experience with me, drinking alcohol and driving were not among them.

* Carl Pickhardt PhD is a psychologist in private counseling and public lecturing practice in Austin, Texas. His latest book is WHO STOLE MY CHILD? Parenting through four stages of adolescence.