The sums on mental health care in SA are 'not pretty' 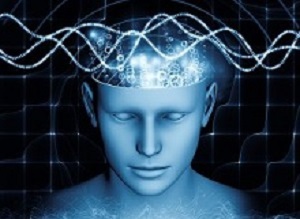 Fewer than 1 in 10 people living with a mental health condition in South Africa receive the care they need and there are huge disparities between provinces in the allocation of mental health resources, write University of Cape Town researchers in The Conversation.

But, write researchers at the Alan J Flisher Centre for Public Mental Health, department of psychiatry and mental health, University of Cape Town led by Sumaiyah Docrat, in The Conversation, significant information gaps have limited the country’s ability to initiate a sustained response to mental health care.

They write: For example, the most up to date population based prevalence estimates of the burden of mental disorders date as far back as 2003/4. The failure to implement the public policy on mental health was brought to light by the Life Esidimeni tragedy in 2017. Nearly 150 patients died after being moved from the Life Esidimeni Hospital to unlicensed facilities.

New challenges are now arising with the planned introduction of the National Health Insurance (NHI) scheme, which is intended to move South Africa closer to universal health coverage. But early evidence from NHI pilot districts show an inconsistency with the strategic plan and limited integration of mental health. If the relevant priorities aren’t explicitly reflected in the policies and activities supporting the NHI, mental health is likely to remain on the back burner.

The system must be clear about the care that mental health patients are entitled to and how providers will be identified and paid. Mental health care has to be recognised as an integral part of the health care system. South Africa needs a good grasp of the problem and the resources required to address it.

Until recently the country knew very little about a range of important factors related to mental health care. These included: the current state of investment in mental health; whether these investments were being used optimally; where the inequities in resourcing and access lay; and what priorities and plans should be in place to address these inequities.

In response to some of the biggest information gaps, we worked with national and provincial health departments and the South African Medical Research Council. We evaluated the health system costs of mental health services and programmes in South Africa for the 2016/17 financial year. We also documented and evaluated the available resources and constraints to inform a rational approach to planning effectively to improve mental health service delivery.

Our findings offer – for the first time – a nationally representative reflection of the state of mental health spending. They draw attention to inefficiencies and constraints in existing mental health investments in the country.

South Africa spends 5% of the total health budget on mental health services. This is in line with the lower end of international benchmarks of the recommended amount that countries should spend on mental health.

Yet, alarmingly, our study crudely estimated a treatment gap of 92%. This means that fewer than 1 in 10 people living with a mental health condition in South Africa receive the care they need. We also found huge disparities between provinces in the allocation of mental health resources. Provincial spending on mental health ranged widely across all levels of the health system. For example, in Mpumalanga, spending on mental health per uninsured South African was R58.50 while in the Western Cape it was R307.40. Inpatient care took up 86% of the mental health care budget. Spending at specialised psychiatric hospitals made up 45% of the total. Services at the primary level of care made up only 7.9% of overall mental health spending.

This reflects a reactive mental health care system that is focused on treating the most severe conditions, rather than preventing or providing early interventions. Mental health care users were admitted for longer periods than other patients – twice as long as other patients at district hospitals. At regional and tertiary hospitals, their admissions lasted around 6 to 8 times longer. At central hospitals, they spent almost 5 times longer. Mental health patients spent an average of 157 days in psychiatric hospitals per admission. Nearly 1 in 4 mental health patients were readmitted within three months of being discharged from any hospital. Readmissions alone consumed 18% of South Africa’s total mental health spend.

This indicates a highly inefficient system that fails to help patients transition to care in their communities. There is potential for cost savings in providing continuity of care and supporting people to live well in their communities after discharge from hospital.

Other findings included: only three provinces had child psychiatrists in the public sector. There was an extreme shortage of psychiatrists and auxiliary workers critical for rehabilitation and supportive services; there wasn’t alignment between the national database of NGOs licensed by the department of health and those reported through primary data collection; a number of drugs critical for the management of chronically disabling conditions such as bipolar disorder and depression, were not routinely available; and most district hospitals weren’t compliant with the Mental Health Care Act, though they are expected to provide 72-hour assessments and subsequent referrals for further care, treatment and rehabilitation.

For the first time, South Africa has a nationally representative reflection of the state of mental health spending and an appreciation of the inefficiencies and constraints emanating from existing mental health investments. This is one of the highest sample sizes of any costing study conducted for mental health in low- and middle-income countries.

Our study points to some obvious improvements that could be made. These include stronger service delivery at community and primary health care levels. And better referral pathways could reduce unnecessary readmissions. This would also shorten hospital stays.

The next phase must focus on accelerating the country’s progress towards meeting the goals set out in the strategic plan and taking forward the recommendations of the South African Human Rights Commission Report. With these study findings in hand, the government now has a baseline from which to begin a rational planning process. The government has asked us to help develop a mental health investment case for the country, which comes at a crucial time for the country’s mental health response, in light of the recent passing of the NHI Bill. This work will involve intensive and ongoing dialogue with a range of players involved in the provision of mental health services and research across the country.

The report says when the nine provincial departments of health were approached for more updated mental health budget data, only three provinces responded after more than a week. In KwaZulu-Natal, departmental spokesperson Noluthando Nkosi said the province spent R1.4bn on mental health in the current financial year, which amounts to 3.2% of the total provincial health budget of R45bn. The department allocated a budget of R1.34bn the previous financial year. Nkosi is quoted in the report as saying there are a number of plans in place to enhance mental health, but budget constraints and scarcity of specialist skills remain a problem.

In Gauteng, the mental health budget represents 4% (R1.5bn) of the total health budget this financial year. A departmental spokesperson for health Philani Mhlungu is reported as saying the current spending and budget is mainly in the psychiatric hospitals and is aimed at paying the salaries of health professionals, operational costs and procurement of machinery and equipment. “Further budget allocations and spending are made to the five departmental districts to fund and monitor the non-profit institutions and service providers providing mental health services on behalf of the department,” he said.

The report says this costing study also found huge disparities in mental health personnel across provinces – something that Health Minister Mkhize’s figures confirm. Many of the specialists are based in health facilities in urban centres and predominantly in tertiary hospitals. Mkhize’s figures show there were 10 healthcare facilities providing mental health services in Mpumalanga (a relatively rural province) with only three psychiatrists and seven clinical psychologists and no licenced NPO to provide services on an outpatient basis.

In the Western Cape, the minister’s figures show there are 37 psychiatrists and 31 clinical psychologists. The figures the provincial health department in the Western Cape sent Spotlight, however, state there are 57 psychiatrists and 42 registrars employed in the department – a contradiction that raises questions about the reliability of the data.

South Africans are increasingly hanging, poisoning and shooting themselves because of easy access to instruments of suicide. According to a TimesLIVE report, death by hanging is one of the most common forms of suicide in South Africa. The startling statistics of suicide and mental health issues were unpacked by experts in Johannesburg, at a press workshop hosted by the SA Depression and Anxiety Group (Sadag).

They warned that suicide had reached “epidemic” proportions, ahead of World Mental Health Day. “It's about access prevention. If we can limit certain things, particularly firearms in the home, we can limit a tragic moment in time. A gun in the home also increases the likelihood of a suicide fivefold,” said clinical psychologist Dr Larissa Panieri.

Sadag's operations director, Cassey Chambers, said since January this year more than 180,000 calls were received from desperate and helpless South Africans, with 46 000 of them suicide-related. “Something is seriously wrong. The demand for our services and interventions is increasing every day,” said Chambers. Chambers said financial problems, violence and trauma were some of the factors driving South Africans to contemplate suicide or end their lives.

Eyewitness News reports that with mental health in the spotlight, there are questions around whether certain patients should be referred to traditional healers for help instead of psychiatrists. The World Health Organisation (WHO) said that suicide was the second leading cause of death among children and young adults between the ages of 15 and 29.
"Is this a spell cast by one's enemies? Is it a failure to appease your ancestors? If you sleep with a woman who's had a miscarriage, you're going to go mentally ill…"

Psychiatrist Jan Chabalala said that these myths around mental health were common in parts of Limpopo. Chabalala was also asking if different methods of therapy should be explored. "80% of African people will consult traditional healers either pre- or post-admission whether we like it or don't. We just have to make peace with it."

The report says the Traditional Healers Association of South Africa agreed that more needed to be done to recognise their work in the mental health sector.