Tobacco sales could be phased out at New York state pharmacies 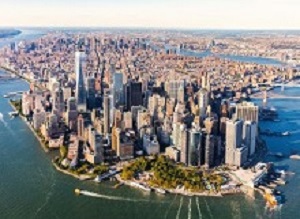 The growing momentum to keep tobacco products out of pharmacies could result in a ban in New York state, writes David Lombardo for TimesUnion. Legislation began making its way through the capitol in late February that would prohibit the sale of tobacco products in pharmacies, and retailers that operate pharmacies.

Municipalities, including New York City and Albany County, have already imposed their own bans, and tobacco products were voluntarily removed from CVS pharmacies in 2014.

The proposal is strongly supported by the New York State Association of County Health Officials, which identified the restriction as the "most critical" step the state could take regarding retail sale of tobacco.

"Tobacco sales in pharmacies raises ethical questions since tobacco is the only consumer product that, when used as intended, will kill at least one half of its long-term users," the association wrote in a memorandum of support.

"Tobacco companies use health-oriented stores such as pharmacies and drug stores as a tactic to legitimize their products and increase exposure to tobacco marketing and advertising."

In New York, there are 25,000 tobacco-related deaths each year, according to the association.

Senator David Carlucci, a Rockland County Democrat pushing the state-wide ban, said it was "paradoxical" for pharmacies to promote the use of products that are detrimental to people's health.

"Our pharmacies are supposed to be partners in health care," he said.

Decreasing the availability of cigarettes typically leads to decreased use, and 90 percent of Americans live within five miles of a pharmacy, according to Carlucci.

He said there has been a "lot of push back" to the proposal from companies in the tobacco business and acknowledged that the proposed restriction could hurt the foot traffic and margins for small independent pharmacies.

An Albany County ban on the sale of tobacco and nicotine products in pharmacy businesses took effect in September. Companies face a civil penalty of up to $500 a day for any violations.

Albany County previously had the highest percentage of pharmacies selling tobacco products of any county throughout the state, despite CVS and the county's independent pharmacies declining to offer them.

San Francisco was the first municipality to ban tobacco products from pharmacies in 2008. A ban took effect for New York City in January.

In 2014, then-state Attorney General Eric Schneiderman was part of a 29-state coalition urging pharmacy chains to remove tobacco products from their shelves.

Governor Andrew M Cuomo is hoping to curb youth rates of smokingby raising the age to purchase cigarettes to 21 in New York.

A recent report from the New York Public Interest Research Group found that New York has inadequately funded its anti-tobacco programmes for years.

His legislation, which would give pharmacies a year to comply with the ban and impose a $2,000 penalty per violation, was up for a vote in the Senate Health Committee in late February. The companion legislation in the Assembly has yet to move through the committee process.

Carlucci anticipates there will be an appetite for the proposal with Democratic control of both houses of the state Legislature. "This is long overdue," he said.

[link url="https://www.timesunion.com/news/article/Tobacco-sales-could-be-phased-out-at-New-York-13643255.php"]Tobacco sales could be phased out at New York pharmacies[/link]