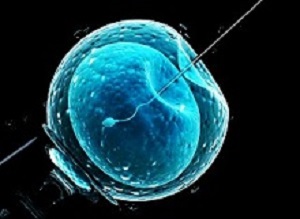 Older women are being exploited by IVF clinics “trading on hope”, the UK’s fertility watchdog has warned.

The Daily Telegraph quotes Sally Cheshire, chair of the Human Fertilisation and Embryology Authority (HFEA) as saying those seeking motherhood later in life were being targeted by increasingly aggressive sales tactics from the sector.

The report says she urged clinics to be honest with those desperate for a family, accusing some of using “very selective” information to persuade middle-aged women to undergo treatment. And she said some centres are charging four times as much as they should, at up to £20,000 per cycle, as she called for the regulator to be given powers to clamp down on profiteering.

New figures show that since 2004, the number of women in their 40s undergoing fertility treatment has doubled, with 10,835 cases in 2017. But, the report says, the statistics reveal that among those using their own eggs, just 75 women aged 42 to 43 will end up with a baby, unless using eggs frozen when they were younger. Among those over the age of 44, fewer than two a year are successful, the figures show. In total there have been 25 such cases between 2004 and 2017, from 2,406 embryos transferred – a success rate of just 1%.

The watchdog chief said in the report that she was worried that parts of the sector have become “incredibly commercial,” with “blatant” sales tactics used to exploit a vulnerable market – and disguise the true odds.

Cheshire, 50, said she had herself had been offered IVF treatments by staff from a number of clinics – unaware that she is chair of Britain’s fertility regulator – as she undertook an unannounced visit to a fertility show in Manchester. Even firms taking part in the events were shocked by the sales tactics being employed by their rivals, she said. “We now see things like ‘guaranteed baby or your money back,’’’ she said.

“Some of the private sector clinics use very selective success rates in their sales tactics which we are also trying to stop. Because they need to be honest about their results by age group, by category of patient – all of which is available on our website. I would like our clinics to be honest about the success rates,” she added. “They are catering to a bunch of vulnerable women.”

“What the clinics shouldn’t be doing is trading on that hope. That hope and vulnerability. They should be honest and transparent about a woman or a couple’s chances,” she said.

The report says, meanwhile, that in March, the Equality and Human Rights Commission abandoned a legal case against the National Health Service (NHS) for failing to provide trans patients with fertility treatment. Instead, NHS England will re-issue guidance reminding commissioners of their responsibilities.

Cheshire insists that under the Equality Act, those who intend to transition have the same rights as those who suffer from a disease such as cancer, which can compromise fertility. “If you have cancer treatment … it is now a requirement that if you are a young person and haven’t completed your family you should be offered fertility preservation for eggs or sperm.

“In line with that what we see is an increasing number of transgender people coming forward for fertility preservation before they undergo surgery,” she says.

“There is no reason why trans people shouldn’t be treated in a fertility clinic,” she says. The report says while no statistics are held centrally, Cheshire believes the number is “small but increasing”.

The HFEA’s CEO Peter Thompson is a former civil servant, who was responsible for the UK government's policy which enabled transsexual people to change their gender by law. In March the Health Secretary ordered a review of NHS rules, which mean that transgender patients are allowed to share women’s wards even if they have not undergone medical transition.

To many, the rights of transgender individuals to have a family using eggs or sperm stored prior to transitioning, are at least as controversial. But, the report says, the watchdog chief sees it differently. “Our sector is already dealing sensitively with trans people who come forward for fertility preservation and/or fertility treatment and have done for a number of years.” “In several respects,” she says, “we are ahead of the game”.

The report says the fertility watchdog is concerned that growing NHS rationing, and rising costs at private clinics, means increasing numbers of British couples are seeking treatment abroad, at significant risk. In England, the National Institute for Health and Care Excellence recommends that the NHS funds three cycles of IVF for women under the age of 40. But just 12% of Clinical Commissioning Groups comply with this, a fall from 24% in 2013.

“A lot of it is about cost,” says Cheshire, warning of “incredibly commercial” events hosted in this country convincing UK patients of the benefits of fertility tourism.

“People say come to our clinic in Turkey, Bangladesh, India, Russia, the Ukraine,” she says. Recently it’s more countries outside Europe. We try to make it clear – if you are going to developing countries they may not have those standards of care or any sort of regulatory framework.”