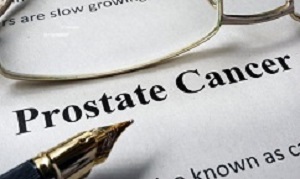 The phase III ENZAMET trial found that 80% of men with metastatic hormone-sensitive prostate cancer who received the non-steroidal anti-androgen (NSAA) medicine enzalutamide (Xtandi) along with the standard of care treatment were alive after three years compared with 72% of men who received other NSAAs along with standard treatment. Separately, another major clinical trial reports that a pioneering gene-targeted drug already licensed for breast and ovarian cancer can benefit some men with prostate cancer.

These findings were presented in a plenary session, which features four studies of great importance to patient care, out of the 5,600 abstracts accepted to the 2019 American Society of Clinical Oncology (ASCO) Annual Meeting.

“Physicians and patients with prostate cancer now have a new treatment option with enzalutamide, and this is especially relevant for men who cannot tolerate chemotherapy and have a lower burden of disease seen on scans,” said study co-chair Christopher Sweeney, MBBS, a medical oncologist at the Lank Centre for Genitourinary Oncology, Dana-Farber Cancer Institute.

Metastatic HSPC is initially treated with surgical removal of the testes or injection with a hormone analogue to reduce the blood levels of male sex hormones (androgens). Depending on the situation, other treatments can be added as well, including abiraterone, another hormone treatment that decreases non-testicular male hormones, or docetaxel chemotherapy. If the cancer continues to progress, additional hormone treatments and chemotherapy are used, and these can also improve longevity.

The study found that enzalutamide is a more effective inhibitor of the androgen receptor than bicalutamide, nilutamide, or flutamide, the comparison standard NSAAs used in the trial, but it can lead to different side effects.

Men with mHSPC were randomly assigned between March 2014 and March 2017 to receive an injection of a testosterone-suppressing medicine (such as goserelin, leuprolide, or degarelix) with either a 160mg enzalutamide pill daily or one of three standard NSAAs: bicalutamide, nilutamide, or flutamide. Of the 1,125 men enrolled in the trial, 503 men received early doses of docetaxel and 602 did not. Men were followed for a median of 34 months.

After 3 years, 80% of men with metastatic hormone-sensitive prostate cancer who received enzalutamide along with testosterone suppression, with or without early docetaxel, were alive compared with 72% of men who received one of the other three NSAAs in the trial. Overall, there was a 33% decrease in the risk of death in men receiving enzalutamide compared to those who took an NSAA.

The increase in survival with enzalutamide was most obvious in men who did not receive docetaxel: among patients who received enzalutamide without docetaxel, 83% were alive compared with 70% taking another NSAA.

Sweeney noted that a survival benefit is not seen with docetaxel in men with a low volume of disease, but that enzalutamide does improve survival in these men. Enzalutamide is a new option for men with metastatic hormone-sensitive prostate cancer and is superior to current standard therapy.

The results from this trial are being compiled with results from other similar trials so that researchers have a dataset that includes over 10,000 men. With that large dataset at hand, researchers hope to be able to make extensive comparisons between medicines and determine which might benefit specific groups of men the most, according to Sweeney.

Astellas Pharma provided drug and financial support but was not involved in study conduct or data analysis. ANZUP receives infrastructure funding from the Australian Government through Cancer Australia.

Professor Johann de Bono of the Institute of Cancer Research in London, who is co-leading a global phase three study of the technique, said in a report in The Daily Telegraph: “It is a huge deal. It is one of the next big things. There is no doubt it is causing substantially durable remission, and we are optimistic that it’s going to make it.”

Australian oncologist Arun Azad, who is involved in one of 10 trials currently taking place, said: “It is potentially game changing. If the results are positive it really will change the landscape of how we treat prostate cancer.” Azad, associate professor at the Peter Mac Cancer Centre in Melbourne, said about half of the 10,000 men diagnosed with advanced prostate cancer in Britain each year may benefit from the treatment.

He hopes that it could ultimately be offered to patients at an earlier stage of the disease – potentially opening it up to thousands more men. “If we can bring it forward, then it really is transformational,” he said.

Professor Stefano Fanti of the University of Bologna, who is also carrying out a study of the technique, said: “The concept is very simple. What we see is what you treat. Essentially what you have is a bullet instead of a light.”

Dr Matthew Hobbs, from Prostate Cancer UK, said he was “thrilled” to see the trial results. “The idea is that by targeting the radiation precisely to the cancer cells, it will destroy them wherever they are in the body but cause minimal harm to healthy tissue,” he said.

The report says Hans Schaupp, 77, last weekend became the first man in Britain to be treated with the new “seek and destroy” technique. He was diagnosed with metastatic prostate cancer in 2012, and has since had nine cycles of chemotherapy, which he found “barbaric”. Schaupp, from Liphook in Hampshire, said he had suffered no side effects at all since undergoing the targeted radiotherapy, at a clinic in Windsor run by Genesis Care.

“The treatment is fantastic. I was in the clinic for less four hours. Because it is targeted it makes so much more sense. Rather than poisoning your whole body with chemotherapy, it goes straight to the tumours.”

Abstract
Background: Testosterone suppression (TS) is the backbone of treatment for mHSPC. OS is improved by the addition of early docetaxel (DOC) or abiraterone to TS. ENZAMET assessed the effects of enzalutamide (ENZA), a potent androgen receptor (AR) inhibitor, versus a nonsteroidal anti-androgen (NSAA: bicalutamide, nilutamide, or flutamide) in addition to SOC (TS with or without DOC) in mHSPC.
Methods: Men with mHSPC were randomly assigned 1:1 to receive TS plus either ENZA or NSAA. Randomization was stratified by: volume of disease (high vs low, according to CHAARTED); planned early DOC; planned anti-resorptive therapy, comorbidity score (ACE-27), and study site. The primary endpoint was overall survival. Accrual of 1100 men provided 80% power to detect a 25% reduction in the hazard of death (HR 0.75) with up to 4 interim analyses (IA), the first planned to occur after 235 deaths (50% of total information with a critical p-value threshold <0.0031 by the Lan-DeMets alpha-spending approach with O’Brien-Fleming type shape). Subgroup analyses to assess possible modulation of the treatment effect were specified a priori and included planned early docetaxel (yes vs no) and volume of disease (high vs low).
Results: We randomly assigned 1125 patients from 31MAR14 to 24MAR17. The treatment groups were well balanced for all important baseline factors. Criteria for early reporting were met at the first IA (28FEB2019) after a median follow-up of 33 months. Overall survival was prolonged by ENZA (see below). At 3 years, 36% NSAA vs 64% ENZA were still on their assigned study treatment. Serious adverse events (regardless of attribution) within 30 days of study treatment occurred in 42% ENZA vs 34% NSAA, commensurate with the different durations of study treatment.
Conclusions: ENZA significantly improved OS when added to SOC in mHSPC. The benefits appeared lower in those planned to receive early DOC. Results of analyses with updated follow-up triggered by this IA will be presented.

The phase II study, called TOPARP-B, was led by researchers at The Institute of Cancer Research, London, and The Royal Marsden NHS Foundation Trust, and involved several other institutions in the UK.

The results were presented at the American Association of Clinical Oncology (ASCO) Annual Meeting and show the benefits of olaparib for men with DNA repair defects in their tumours.

A phase III trial of the drug is under way and researchers hope the treatment will reach patients within the next two years.

Olaparib targets cancer cells that aren’t able to properly repair their DNA. The researchers wanted to look at how effective the drug was in men with mutations in any genes known to have a role in repairing DNA – including BRCA1 and 2.

Overall, 47% of men with DNA repair defects in their tumours responded to olaparib, and the drug delayed progression for a median of 5.5 months – 2.7 months longer than previous trial TOPARP-A found in men with advanced prostate cancer who weren’t selected for treatment based on gene mutations.

Some 57% of patients with mutations in the PALB2 gene responded to olaparib – the next highest response after those with BRCA1 or BRCA2 mutations.

Olaparib is the first of a new class of drugs called PARP inhibitors which are underpinned by the work of ICR scientists, who showed that the drugs work best in cancers with weaknesses in repairing their DNA.

Olaparib was the first cancer drug to reach the market targeted against an inherited genetic fault – initially licensed and approved by NICE for women with ovarian cancer who had inherited BRCA mutations, and now also licensed for breast cancer.

Studies have also shown it is effective against cells with different DNA repair defects, and not just in inherited mutations but also those in the tumour itself.

Professor Johann de Bono, Regius professor of cancer research at The Institute of Cancer Research, London, and consultant medical oncologist at The Royal Marsden, said: “Our study is exciting because it shows just how powerful genetic targeting and precision medicine can be. We have shown that by testing for DNA repair mutations we can select those patients with a high chance of responding well and for a long time to the targeted drug olaparib.

“We were delighted to see such strong responses in men with very advanced cancers, where BRCA mutations and other faults in DNA repair genes were present within their tumours. The next phase of the trials is now under way and, if the results look as good as we hope, we should see olaparib starting to reach the clinic for men with prostate cancer in the next couple of years.”

Dr Nuria Porta, principal statistician on the TOPARP-B trial in the clinical trials and statistics unit at The Institute of Cancer Research, London, said: “Our trial shows that PARP inhibitors could be effective in some men with prostate cancer – potentially widening out their use beyond ovarian and breast cancer.

“We also found that these drugs could be effective in men with several different DNA repair mutations, and in men with genetic faults in their tumours rather than just the smaller group of men with inherited mutations.

“We now very much look forward to the results of the phase III trial, which could pave the way to olaparib becoming the latest in a clutch of exciting new treatments for prostate cancer, and the first for the disease to be gene targeted in this way.”