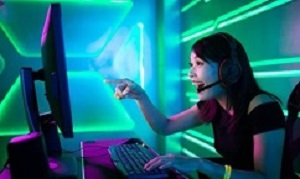 A hard-hitting UK parliamentary report into immersive and addictive technologies has proposed that the games industry take responsibility for protecting players against potentials harms. This week the NHS opened England’s first specialist clinic to treat young people who are addicted to computer games, following global recognition of ‘gaming disorder’ as a medical condition.

Staff at the specialist clinic will help young people aged 13 to 25 whose lives are being debilitated by spending countless hours playing games such as Fortnite, Candy Crush and Call of Duty, writes Denis Campbell for The Guardian.

From 8 October it became possible for GPs and other health professionals in England to refer addicts to the service, with treatment starting next month.

It has been set up because of concern about the growing number of children and young people whose heavy use of computer games is causing problems for them, especially with their mental health, The Guardian writes.

The clinic will be part of the National Centre for Behavioural Addictions in London. Patients referred to it will be able to attend in person or have an online consultation using Skype.

“Health needs are constantly changing, which is why the NHS must never stand still. This new service is a response to an emerging problem, part of the increasing pressures that children and young people are exposed to these days,” said Simon Stevens, the chief executive of NHS England.

The World Health Organization last year recognised ‘gaming disorder’ as a medical condition for the first time. It included it in its latest revised edition of the International Classification of Diseases, which tells doctors worldwide what conditions the WHO has accepted to be a disease, The Guardian says.

“Gaming disorder is a mental health condition which can have a hugely debilitating effect on people’s lives, both for patients and their families who can be left feeling utterly helpless in the wake of their loved one’s addiction,” said Dr Henrietta Bowden-Jones, director of the NHS’s new Centre for Internet and Gaming Disorder and the Royal College of Psychiatrists’ spokeswoman on behavioural addictions.

“Gaming disorder is not a mental illness to be taken lightly. We are talking about instances where someone may spend up to 12 hours a day playing computer games and can end up becoming socially isolated and lose their job as a result.”

The Guardian points out that countries worldwide are trying to cope with an explosion in gaming and internet addiction. For example, South Korea has banned children under 16 from using online games between midnight and 6am. In China the technology firm Tencent has restricted the number of hours children can spend playing its most popular games.

After nearly nine months of evidence gathering, the DCMS committee also proposed that the British government should regulate paid loot boxes under gambling law, and there be a ban on selling them to children. [Loot boxes are virtual items that can be redeemed during a game to receive a selection of in-game virtual items, similar to a treasure chest.]

The inquiry took evidence from all corners of the industry – including developers, trade bodies, and academics – and reported a "lack of honesty and transparency" among social media and game company representatives, according to gamesindustry.biz.

DCMS Committee chair Damian Collins MP said it was time for gaming and social media companies to be more responsible, and challenged the government’s current stance that loot boxes are not gambling.

The committee noted that evidence around the potential harms of simulated gambling on children remains thin, and therefore recommended a precautionary approach going forward.

The scathing report also recommended that the games industry take responsibility for protecting players against potential harms and support independent research on the "long-term effects of gaming". It expressed "serious concern" at the lack of robust age-verification systems.

Following the formal classification of gaming disorder by the World Health Organisation earlier, the committee also suggested that the department should begin working with independent researchers immediately – funded in-part by an industry tax – and with game companies sharing aggregated player data.

The sharing of data for research purposes was something academics called for during the inquiry, says gamesindustry.biz.

Commercially sensitive data proved somewhat of a sticking point throughout the evidence gathering process, with many game companies leveraging it as avoidance strategy when asked questions about typical player-spend and playtime – a tactic which saw MPs describe gaming companies as being "wilfully obtuse".

"Gaming contributes to a global industry that generates billions in revenue," said Collins. "It is unacceptable that some companies with millions of users and children among them should be so ill-equipped to talk to us about the potential harm of their products."

This attitude rankled Collins, gamesindustry.biz writes, who told GamesIndustry.biz back in June that game companies were "waiting to be told what to do by others" and only “paying lip service” to the problems.

Making comparisons to the gambling industry, it was noted that the games industry has "not sufficiently accepted responsibility for either understanding or preventing this harm".

Committee members paid particular attention to protections for vulnerable people during the inquiry, and the report shows that industry assurances fell short, as companies were "generally reluctant" to accept responsibility for player well-being, or intervening if someone demonstrated abnormal spending, points out gamesindustry.biz.

Finally, the committee suggested there may be need for legislation to protect children from playing games that are not appropriate for their age. This was born from a concern that companies are not enforcing age restrictions.

Association for UK Interactive Entertainment (UKIE) CEO Dr Jo Twist said the trade body will review the recommendations with "utmost seriousness", reports gamesindustry.biz. She said UKIE will consult with industry stakeholders on how to "demonstrate further our commitment to player safety".

"We are pleased the Committee acknowledges that the majority of people play video games in a positive, safe and responsible way. The industry does not dispute that, for a minority, finding balance is a problem. This is why we are vocal in supporting efforts to increase digital literacy and work with schools and carers on education programmes.

Social media is fundamentally changing the way we interact and communicate with each other. This report considers the latest evidence in the battle being waged for our attention. Technologies like social media and many forms of video games are designed to stimulate users and reward them for spending as much time on them as possible. The 2019 Ofcom ‘Media Nations’ report shows that on average 18-to-34-year-olds spend more time each day on YouTube and playing video games than they do watching live television. Further to this, according to Ofcom, amongst all adults, people spend as much time each day watching YouTube as they do BBC 2, Channel 4 and Channel 5 combined.

The arrival of 5G mobile technology is expected to further increase consumer demand for content. The recent ‘5G Consumer Potential’ report published by Ericsson, based on over 35,000 online interviews of people aged between 15 and 69 across 22 countries proposed that: “Three hours’ more video content will be consumed on mobile devices weekly when away from home, of which one hour will be on AR [augmented reality]/VR [virtual reality] glasses in a 5G future.”

The film director Steven Spielberg made VR a central feature of his 2018 film ‘Ready Player One’, set in a dystopian future where people spend more time in a virtual world than the real one.

He said of this project: “I think in the future VR is going to be the super drug. The message of the film is simply, it’s your choice. Where do you want to spend the majority of your time? Do you want to spend it with real people in a real world, which is often harder than spending it in a virtual world where you can be the person you always wanted to be”.

Yet alongside the use of rapidly developing technologies such as virtual and augmented reality, people are becoming increasingly aware of the power of everyday digital platforms, including games and social media, to capture their attention and immerse them in a digital world – sometimes at the expense of other priorities.

For many, these technologies serve an entirely positive function; however, for the minority who struggle to maintain control over their use of digital technologies, or that of another under their care, this can be a source of serious harm.

In this report we build on the newly established principle of ‘online harms’ by considering potential psychosocial and financial harms associated with the use of immersive technologies. Following the World Health Organisation’s formal designation of ‘gaming disorder’, we have heard calls from gamers, academics and clinicians for urgent action to better understand and address the condition.

While gaming disorder is a relatively new area of understanding, immersive technology providers also have clear responsibilities to protect users from well-established online harms including bullying and harmful content. We also consider the effects of disordered spending within games, and consider the links between game design mechanics such as loot boxes and gambling.

The potential harms outlined in this report can be considered the direct result of the way in which the ‘attention economy’ is driven by the objective of maximising user engagement. This report explores how data-rich immersive technologies are driven by business models that combine people’s data with design practices to have powerful psychological effects.

Our long and technically complex inquiry, which included 12 oral evidence sessions and four visits, broke new ground for Parliament in holding major games and social media platforms to account. For the first time, representatives of technology companies including Epic Games – the makers of Fortnite – Snapchat and Instagram appeared before a Select Committee to answer questions about the design of their games and platforms.

While much of the discussion of the Government’s forthcoming online harms legislation has been framed around social media, there are many ways in which immersive technologies including games and virtual reality come under its scope.

We intend for this report to inform understanding of, and the debate around, those technologies as the Government introduces a new regulatory framework to tackle online harms. Whilst we recognise that the vast majority of people gain pleasure from social media and online gaming, we must balance that against the potential harms that can occur.

Full report on The Guardian site