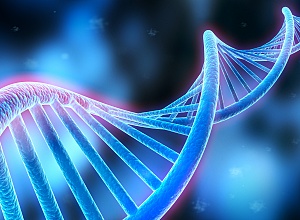 This material was published by Imperial Brands on 6 April 2021. Note: Imperial Brands, formerly Imperial Tobacco, set up Fontem Ventures in 2012, through which it has developed and sold e-cigarettes since 2014.

Imperial scientists are the first to publish results using the ToxTracker system for the assessment of vape e-liquids and aerosols, and it forms part of the company's continuing research into the tobacco harm reduction potential of Next Generation Products such as vapes.

The assays help assess how product samples may impact on cellular functioning across six reporter cell lines, picking up the tell-tale molecular signs of potential harm in the form of oxidative stress, DNA and protein damage, as well as activation of the p53 gene that has a role in cell cycle regulation and tumour suppression.

The results, peer reviewed and published in the journal Mutagenesis, showed that under the conditions of test, undiluted vape e-liquids and their aerosol extracts exhibited entirely absent or vastly reduced indications of DNA damaging potential in cells, compared to smoke from combustible cigarettes.

After calibrating and validating the system to ensure the principal e-liquid components propylene glycol (PG) and vegetable glycerine (VG) were compatible with the ToxTracker suite, a selection of neat myblu vape e-liquids and their aerosol extracts were compared to smoke samples from the reference 1R6F combustible cigarette. Results showed that:

She continued: "Our adoption of this cutting-edge in-vitro suite reinforces our commitment to using advanced cellular assays which adhere to Toxicity Testing in the 21st Century (TT21C) principles.

“This also contributes to reducing industry reliance on in-vivo (animal) experiments." (Imperial does not test any products on animals: see our Position here.)

"We appreciate society's ongoing concerns about the health risks of smoking, and are committed to undertake high quality research on potentially less harmful nicotine product alternatives to combustible tobacco for adult smokers."

Published in the journal Mutagenesis on 18 March 2021

In vitro (geno)toxicity assessment of electronic vapour products (EVPs), relative to conventional cigarette, currently uses assays, including the micronucleus and Ames tests. Whilst informative on induction of a finite endpoint and relative risk posed by test articles, such assays could benefit from mechanistic supplementation.

The ToxTracker and Aneugen Clastogen Evaluation analysis can indicate the activation of reporters associated with (geno)toxicity, including DNA damage, oxidative stress, the p53-related stress response and protein damage.

Here, we tested for the different effects of a selection of neat e-liquids, EVP aerosols and Kentucky reference 1R6F cigarette smoke samples in the ToxTracker assay.

The assay was initially validated to assess whether a mixture of e-liquid base components, propylene glycol (PG) and vegetable glycerine (VG) had interfering effects within the system.

This was achieved by spiking three positive controls into the system with neat PG/VG or phosphate-buffered saline bubbled (bPBS) PG/VG aerosol (nicotine and flavour free). PG/VG did not greatly affect responses induced by the compounds.

Tested up to a 10% concentration, EVP aerosol bPBS did not induce any ToxTracker reporters. Neat e-liquids, tested up to 1%, induced oxidative stress reporters, thought to be due to their effects on osmolarity in vitro. E-liquid nicotine content did not affect responses induced. Additionally, spiking nicotine alone only induced an oxidative stress response at a supraphysiological level.

In conclusion, the ToxTracker assay is a quick, informative screen for genotoxic potential and mechanisms of a variety of (compositionally complex) samples, derived from cigarettes and EVPs. This assay has the potential for future application in the assessment battery for next-generation (smoking alternative) products, including EVPs.

WHO versus Public Health England over e-cigarettes

The health pros and cons of e-cigarettes – Evidence ambivalence