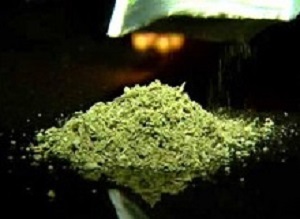 Neighbourhoods in New Zealandare being ‘swallowed’ up by synthetic cannabis, writes Eleanor Ainge Roy for The Guardian.After the government banned synthetic cannabis four years ago, bootleg batches – some of them deadly – began to surface. Government has been urged to confront the crisis after 45 people died from using the drug in the past year, making it the nation’s deadliest narcotic.

Daniel started using synthetic cannabis when it was legal. He remembers a mild- to mid-range high that was short acting. “It was fantastic,” he says.

That was before the drug was banned by government and bootleg batches began to surface on the streets of Auckland.

Now, taking synthetic cannabis in New Zealand can be fatal. “It wasn’t anything like this stuff you see now. We are watching all of our mates just drop dead around us. That’s a lot of trauma,” Daniel says.

Daniel, 49, lived on the streets of Auckland for 10 years before moving into public housing this year. Still struggling to stay clean, he acts as a self-appointed guardian for synthetic users in the homeless community, urging his friends to take half a puff, then wait 10 minutes to see if the batch is clean.

Daniel says synthetics have become the drug of choice because they are cheap and easy to buy. He believes the death rate is far higher than official figures.

Despite the risks to users, New Zealand is struggling to contain a synthetic cannabis epidemic, with children as young as 11 using the drug and entire neighbourhoods collapsing under the strain of addiction.

The government has been urged to confront the crisis after 45 people died from using the drug in the past year, making it the nation’s most deadly narcotic. In September dozens were hospitalised after a bad batch circulated in Christchurch, claiming two lives.

The grip of the drug re-emerged after a Radio NZ investigation found the entire suburb of Maraenui in Napier had been “swallowed” up by synthetics, with not a single person unaffected.

“Around here everyone’s using it, it’s like drinking or cigarettes, so you’re looking at all sorts of age groups as well as right up to the koros [elders],” Maraenui community constable Hoki Ward told RNZ.

Ross Bell, executive director of the Drug Foundation, tells the Guardian the scale of the abuse has shocked those in the field.

“We have all been caught by surprise. When these products were legally available we weren’t seeing these problems, so I think we all had a view that these chemicals are sort of benign and they give people a high similar to cannabis,” says Bell.

“I really don’t think any of us considered or anticipated these products could get so dangerous they could kill people. We are really surprised and shocked at the deaths that have happened, but we are more shocked at the lack of action from government at doing anything about this.”

Synthetic cannabis was available legally in New Zealand until 2014 when it was banned amid increasing concern about its harmful effects, especially on young people.

Bell says the rise in deaths can be attributed to factors including the already compromised health of vulnerable users, poor quality control by its makers and increasing potency.

The sudden rise in popularity has also caught the government off guard, with no reliable statistics on synthetic cannabis use. In July 2017 the chief coroner issued an urgent public health warning after seven people died in one month alone. The police took the unusual step of releasing CCTV footage from Auckland that showed a man smoking synthetic cannabis before vomiting violently and collapsing in evident distress.

Dr Paul Quigley, an emergency medicine specialist and expert on synthetic cannabis, says it is so common for users to collapse that they are often ignored, raising the risk of brain damage or death. Describing synthetic cannabis as the worst and most unique drugs he has come across, Quigley says public health efforts to combat the crisis have stalled since the change of government last year.

“If this was happening to the pretty and posh there would be enormous concern and efforts to shut it down. But it’s not. It’s happening to a group of people who are already quite disenfranchised from society … this is a group that weren’t protected to start with.

“The sellers of synthetics deliberately market to the weak and set low prices to undersell traditional agents like natural cannabis.”

The police minister Stuart Nash told Radio NZ that existing legislation was inadequate to deal with the volatile and amorphous nature of the crisis.

“This is nasty, incredibly cheap and easy to make but the police just don’t have the powers at this point to go after those who are producing and selling this,” he said.

Officially known as “new psychoactive substances”, the drugs imitate the effects of THC, the active ingredient in cannabis, but can be up to 50 times stronger.

Asked about the synthetic cannabis crisis, prime minister Jacinda Ardern said: “I am still in the process of considering, alongside cabinet, the options we have. We’re still in discussion regarding our response.”

The deputy prime minister, Winston Peters, admits the government has “failed to get on top of” the problem and says ministers are reviewing how to tackle the emergency.

Quigley says the only way to break the drug’s grip is to find out what is driving demand. “If we could work out what is causing this particular population to want this drug so badly that they will take it even if it might kill them … that’s the bit that needs to be fixed up. But we don’t seem to be making any headway at all.”

Daniel says he’s never seen a drug with the power and potency of synthetics, and feels impotent to stop its deadly pull on his friends. “It’s the loss of consciousness, the scraping the ground for it, and smoking the cardboard you smoked it in. It’s really desperate measures. It only lasts for 10 minutes and then it’s gone. But even though it’s a terrifying feeling you want it back.”