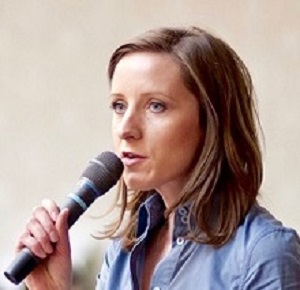 Stereotypes suggest that women love to talk, with some studies even finding that women say three times as much as men. But, research from a team from the Universities of Oxford and Cambridge, shows there is an exception to this rule: professional STEM events, which could be indicative of the wider problem of gender inequality in the field.

In research, the scientists studied question-asking behaviour at a large international conference. The conference, the 2015 International Congress for Conservation Biology, had a clear code of conduct for its 2,000 attendees, which promoted equality and prohibited any form of discrimination.

The team observed 31 sessions across the four-day conference, counting how many questions were asked and whether men or women were asking them. Accounting for the number of men and women in the audience, the findings show that male attendees asked 80% more questions than female attendees. The same pattern was also found in younger researchers, suggesting that it is not simply due to senior researchers, a large proportion of whom are men, asking all of the questions.

The researchers note that the recognised and ongoing issues of gender inequality in STEM fields and the wider world may be affecting female scientists' confidence and willingness to speak publically. Another interpretation may be that women are more assured in their expertise and do not feel the need to ask as many questions. However, asking questions at conferences is a visible activity that may increase the profile of the questioners. Therefore, regardless of the reason for the gender differences, the fact they exist may be another factor in favour of men in the competitive academic arena.

The study includes a reputational model that evaluates the factors that affect professional standing within the scientific community. While these include tangibles such as the number of articles published, and your academic position, they also include social reputation, which is more linked to appearance and public profile, and therefore potentially more prone to discrimination and stereotyping.

Dr Amy Hinsley, the paper's lead-author and a postdoctoral researcher at Oxford's department of zoology, said: “Previous research has shown that men are more likely to be invited to speak at conferences, which is likely to lead to them having a higher social reputation than their female peers. If women feel that they are low status, and have suffered discrimination and bias throughout their career then they may be less likely to participate in public discussions, which will in turn affect their scientific reputation. This negative feedback loop can affect women and men, but the evidence in this study suggests that women are affected more.”

The researchers feel strongly that the study should be used as an opportunity to raise awareness of the issue and inspire discussion about why it is happening.

Dr Alison Johnston, senior author of the study, said: “We want our research to inspire conference organisers to encourage participation among all attendees. For example, questions over Twitter or other creative solutions could be tested. Session chairs could also be encouraged to pick participants that represent the gender in the audience. However, these patterns of behaviour we observed are only a symptom of the bigger issue. Addressing this alone will not solve the problem. We should continue to research and investigate the underlying causes, so we can implement actions that change the bigger picture for women in science. If we are to level the playing field for women in STEM the complex issue of gender inequality has to stay on the agenda.”

Abstract
Gender inequity in science and academia, especially in senior positions, is a recognised problem. The reasons are poorly understood, but include the persistence of historical gender ratios, discrimination and other factors, including gender-based behavioural differences. We studied participation in a professional context by observing question-asking behaviour at a large international conference with a clear equality code of conduct that prohibited any form of discrimination. Accounting for audience gender ratio, male attendees asked 1.8 questions for each question asked by a female attendee. Amongst only younger researchers, male attendees also asked 1.8 questions per female question, suggesting the pattern cannot be attributed to the temporary problem of demographic inertia. We link our findings to the ‘chilly’ climate for women in STEM, including wider experiences of discrimination likely encountered by women throughout their education and careers. We call for a broader and coordinated approach to understanding and addressing the barriers to women and other under-represented groups. We encourage the scientific community to recognise the context in which these gender differences occur, and evaluate and develop methods to support full participation from all attendees.