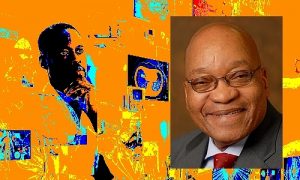 Former President Jacob Zuma is considering defying a KwaZulu-Natal High Court order that a National Prosecuting Authority-appointed doctor examine him to assess his ability to stand trial for corruption, writes MedicalBrief. A spokesperson for the JG Zuma Foundation said that Zuma’s military medical doctors were “very aggrieved” that one arm of the state was disbelieving the other.

Zuma was hospitalised last month, while serving a 15-month jail term for defying a Constitutional Court ruling that he appear before the State Capture Inquiry. The apex court is expected to rule on his application for a rescission of that judgment in the coming days. The corruption case against Zuma was postponed until 9 September because of ill health that required his hospitalisation in early August, at a facility outside the Estcourt Correctional Centre where he is serving his contempt of court sentence.

Last month the KZN High Court (Pietermaritzburg) Judge Piet Koen – with the agreement of Zuma’s counsel, Advocate Dali Mpofu SC – ordered that the state “may grant a medical practitioner of its choice to examine Mr Zuma to assess his ability to stand trial for corruption and for that doctor to be a witness, if necessary”.

Zuma’s lawyers had been scheduled to argue his application for a “special plea”, in which he contends that the entire NPA is too biased to try him for corruption and he should be acquitted of all charge. This was put on hold because of Zuma’s undisclosed medical issues. While the state agreed to a previous postponement of Zuma’s trial following his hospitalisation, it indicated that it might oppose a longer postponement of the trial.

News24 legal writer Karyn Maughan writes that JG Zuma Foundation spokesperson Mzwanele Manyi now accuses the state of “second guessing” the medical report produced by the military doctors responsible for the former president’s care – as well as the care of all other heads of state – by seeking to have him examined by their own doctors. Manyi said that Zuma’s military doctors ‘had every right to be very aggrieved’ by the NPA’s insistence that its own doctors must be allowed to examine Zuma.

“They are saying (to the military doctors): ‘We don’t believe you… your professional integrity means nothing’,” Manyi said. “What nonsense is this?”

News24 writes that Advocate Wim Trengove, for the NPA, had argued that it would be “in the interests of justice” for the state to be able to have its own doctors examine Zuma. But Manyi now contends that the orders granted by Koen require the state to show it is necessary for its own doctors to examine Zuma, and does not mean that it is automatically entitled to compile its own medical report. “I haven’t heard the case from the NPA to say why this is necessary,” he said, adding that the state “must show that they (the military doctors) are being dishonest”.

Manyi also explained Zuma’s disquiet over the judiciary’s allegedly distrustful attitude towards his health issues. He claims it was prompted by then-KZN High Court Judge Dhaya Pillay’s reluctance to accept a sick note presented as evidence of his ill-health during the preliminary stages of his corruption trial, says Manyi. News24 notes Pillay had issued a suspended order for Zuma's arrest after noticing that the note had been altered – a practice she stressed was normal in the criminal courts. Her order was subsequently lifted after military doctors wrote a letter to the High Court confirming that he had been receiving medical treatment overseas.

Secondly, Manyi argues, Deputy Chief Justice Raymond Zondo disbelieved Zuma when he said he was unable to appear at the State Capture Inquiry because he was unwell. This, he said, was another incident where ‘his (Zuma’s) side of the story is not believed’. Zondo has denied that he did not believe Zuma’s claims of ill-health.

Mail & Guardian writes that while the NPA has not yet asked for a second medical assessment, the foundation's advice was that he would be within his rights to refuse should it do so. The NPA would not be drawn on the subject, with spokesperson Mthunzi Mhaga saying: ‘We are not commenting on the matter until it is heard in court.’

Last week the NPA confirmed that Jacob Zuma’s military doctors had filed their report on his fitness to stand trial for corruption, reports News24. NPA spokesperson Mthunzi Mhaga described it as “a confidential document and we will make no further comments until the matter is heard in court”.

The report was handed in a week after the deadline given by the KZN High Court (Pietermaritzburg). Zuma's counsel, Dali Mpofu SC, stated at a previous virtual hearing of Zuma's case that it would only be after the former president's doctors had compiled their report on his health that his lawyers would make a decision on whether to seek a longer postponement of his trial.

If such a postponement is sought, Zuma's doctors – as well as the doctors appointed by the state to examine him – will be expected to testify and be cross-examined.

Legal experts say he will yet again face a contempt of court charge if he refuses to be examined by NPA-appointed doctors.